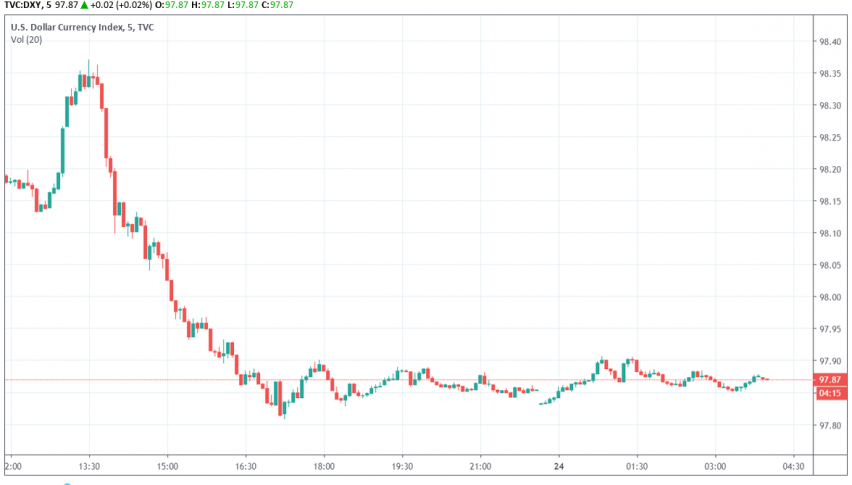 The US dollar index fell below the 98.00 level against a basket of six major currencies over anticipated risks to the US economy over the ongoing trade war with China. Recent economic data releases, including new home sales and manufacturing activity have come in weaker than expected, causing markets to worry about a possible slowdown in growth.

At trade tensions between US and China continue to rise with no scope for resolution in sight, business confidence is also getting affected, not just in the domestic markets but also internationally. The likelihood that Fed could cut interest rates increased on Thursday, over worries of the spillover effect from the trade war and slowing demand.

In the global markets as well, uncertainty remains high due to a number of reasons. Brexit, weakness in German manufacturing, the potential impact of a trade war on Asian and other economies, and the ongoing EU elections are creating a risk-off sentiment in the markets lately.

US Dollar Set to End Week, Month Lower After Fed Plays Down Hawkish Mood
3 days ago