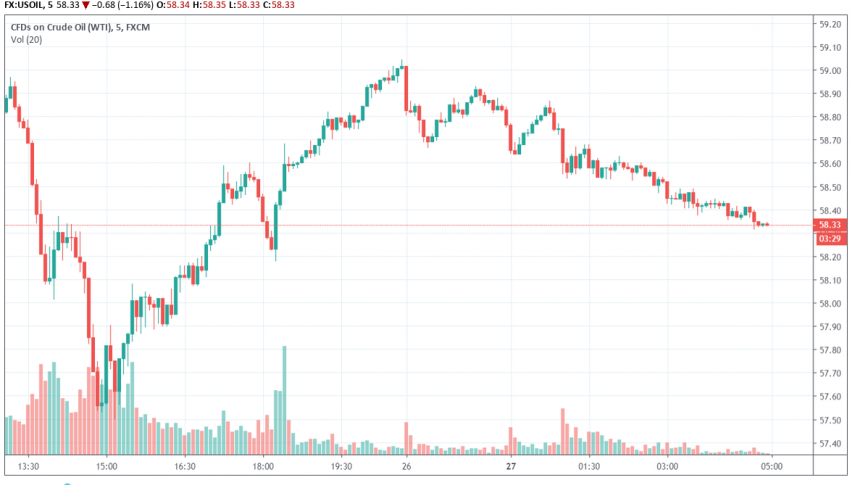 At the time of writing, WTI crude oil is trading at around $58.34 per barrel, well under the $60 level. The downfall was triggered last week over both API and EIA reporting a surprising build in US crude stockpiles.

Given that the US-China trade war continues with neither side confirming any schedule for the next round of talks, oil markets are concerned about the impact on global economies and how this could reduce demand for oil internationally.

The sentiment continues to remain fragile in oil markets over the uncertainty driven by the trade war, possible extension of oil production cuts by OPEC+, and by rising tensions between US and Iran in the Middle East.