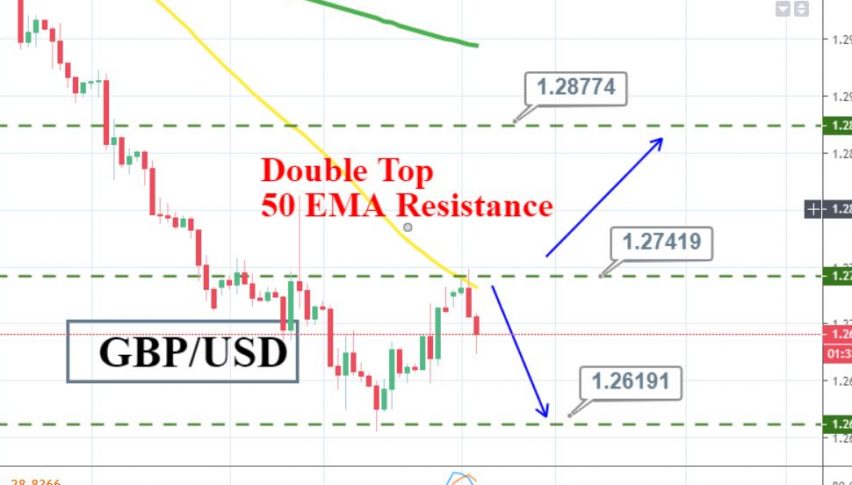 Sterling Takes a U-Turn as Bears Continue to March

The Great Britain Pound traded higher at the start of the new week as it adds to Friday’s relief bounce that closed a run of 13 consecutive days of losses. One of the reasons for the Pound surging after May stated her resignation was that it decreases the ‘uncertainty’ over May’s future.

The GBP/USD rate is trading at 1.2700 at the beginning of the new trading week, slightly higher than the week before as Sterling vulnerability turned to strength following the resignation of Prime Minister Theresa May, leading to a U-bend in the downtrend. 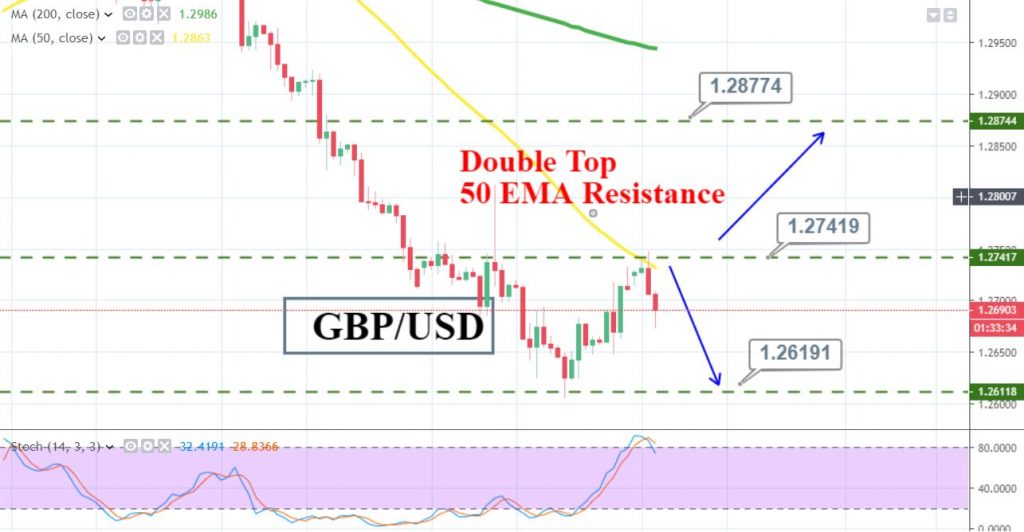 The technical illustration is also pretty bearish: the pair is in an established and intact downtrend which is likely to continue. GBP/USD tested 1.2745, the double top resistance level. The 50 periods EMA also stays at the spot and may push the Sterling lower. GBP/USD has also formed a bearish engulfing pattern on the 4-hourly charts, which is further adding to Sterling’s bearish bias.

Daily Brief, Jan 25 - Everything You Need to Know About Gold Today!
18 mins ago