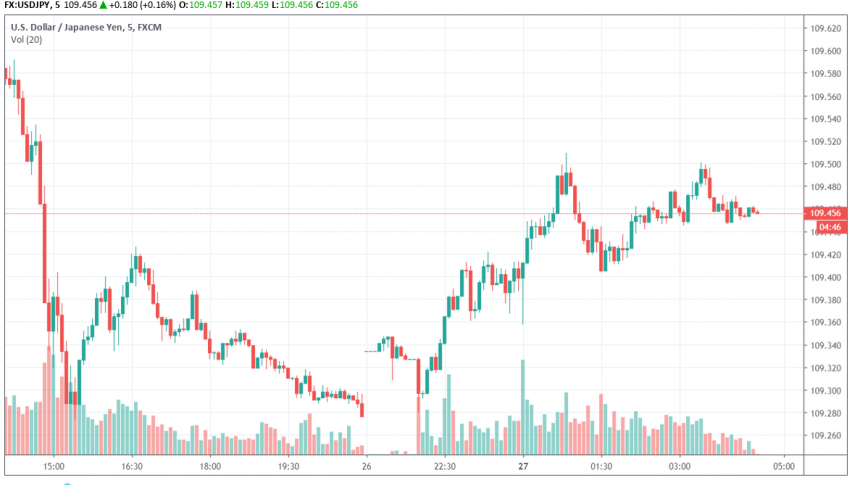 Trump Hopeful on Trade Deal with Japan After July

On the sidelines of the trade war with China, Trump remains hopeful that he can get Japan to reduce its trade surplus with the US. On his visit to Japan for a four-day summit, Trump stated, “Trade-wise, I think we’ll be announcing some things, probably in August that will be very good for both countries.”

The summit could defuse some tensions building up between the friendly nations on issues related to trade and North Korea. Trump also maintained that he expected North Korea to denuclearize, but was unsure if it could be achieved.

The two-way trade deal between US and Japan is being worked out, but it will most likely materialize only after Japan’s Upper House elections in July. Trump has threatened tariff hikes on Japanese cars in a bid to cut trade surplus with the country.

USD/JPY is trading somewhat steady at the start of the week at around 109.45 at the time of writing.