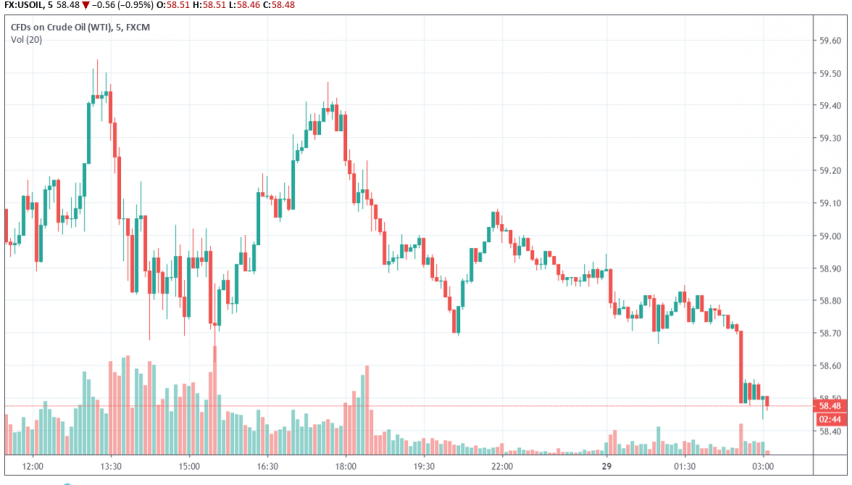 For several days now, crude oil prices have been in a tug-of-war like situation between the rising uncertainty over US-China trade tensions and fear of ongoing supply cuts by OPEC+ members. On Tuesday, however, the trade war took over and caused WTI prices to fall by 0.7% to touch $58.70 per barrel.

At the time of writing, WTI crude oil prices have fallen further to $58.45 per barrel. Investors are worried about how the trade war can create a slowdown in global economic growth, dragging down demand for oil worldwide.

So far, according to data released by the EIA, global demand for oil remains unchanged at a little over 100 million bpd on average. However, an imminent economic slowdown could see this figure shrinking in the near future.

Even as the risks of a slowdown affect global oil markets, crude oil prices are unable to fall away sharply owing to supply risks. Since January 2019, OPEC+ members had agreed to restrict crude production by 1.2 million bpd to curb weakness in oil prices. While this move was set to last till June, there are rumors that OPEC and other oil-producing allies may choose to extend this for a longer period of time.

Furthermore, recent geopolitical tensions in the Middle East due to rising US-Iran hostility and the likelihood of US imposing more sanctions on Venezuela are also keeping oil prices supported.