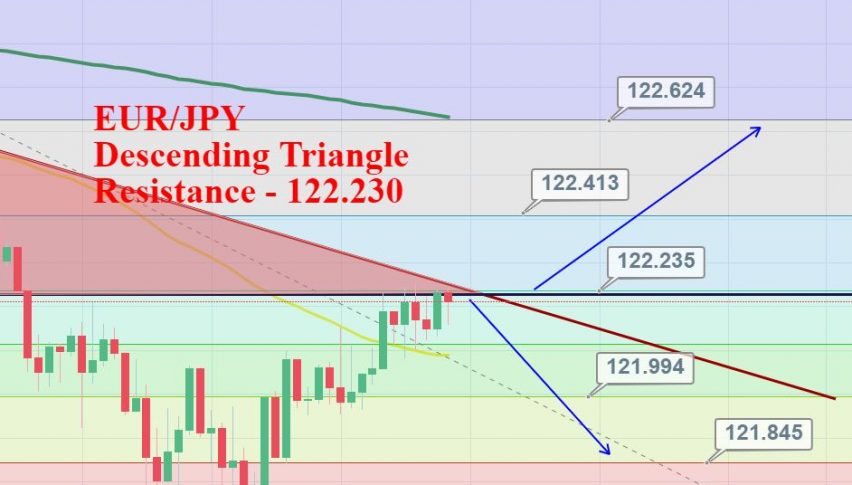 On Thursday, the European markets are exhibiting thin volatility as most German and French banks remain closed in the observance of Ascension Day. The Japanese cross remains under selling pressure despite the ongoing recovery from Wednesday’s 4-month lows in the mid-121.00.

Recently, worse than expected Spanish CPI figures dented the demand for EUR/JPY. According to the indicator developed by the INE, the estimated annual inflation of the CPI in May 2019 is 0.8%. The measure provides an advance of the CPI which, if confirmed, would imply a decrease of seven tenths in its annual rate, since in the month of April this variation was of 1.5%.

Technically, EUR/JPY is seen facing the next hurdle around 122.250, extended by a bearish trendline. The pair has just crossed over 50-day EMA which is likely to support pair above 122.100 now.

However, EUR/JPY formed a “hammer” candlestick on the daily chart which is a sign for reversal.

Should We Go Long in Dax30 Again, After the Pullback in Stocks Yesterday?
6 hours ago