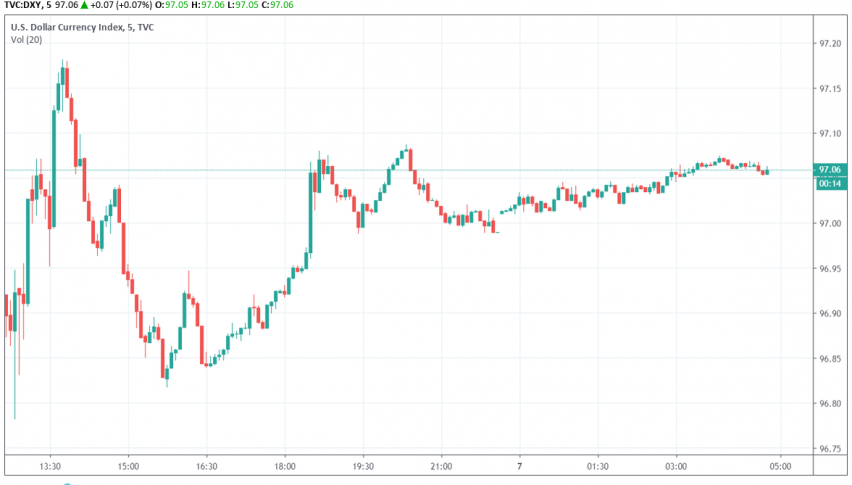 Dollar Trades Weaker, Could Get Further Hit by NFP Today

Ahead of the NFP release on Friday, the US dollar index remained weak and looks set for its worst performing week since March 2019. Expectations are that the NFP figures releasing today would reveal a drop and support the likelihood for a rate cut by the Fed soon.

After the weaker than expected employment figures released by the ADP a couple of days ago, markets are anticipating a possible slowdown in the US labor market. This data, coming at a time when uncertainties remain high over ongoing trade tensions, could weaken the dollar further.

Already, investors are pricing in a more than 50% chance of a Fed rate cut by 25bp by the end of July and another rate cut before the end of 2019. At the time of writing, DXY is trading at around 97.06, around 0.3% higher than the eight-week low it touched on Wednesday.