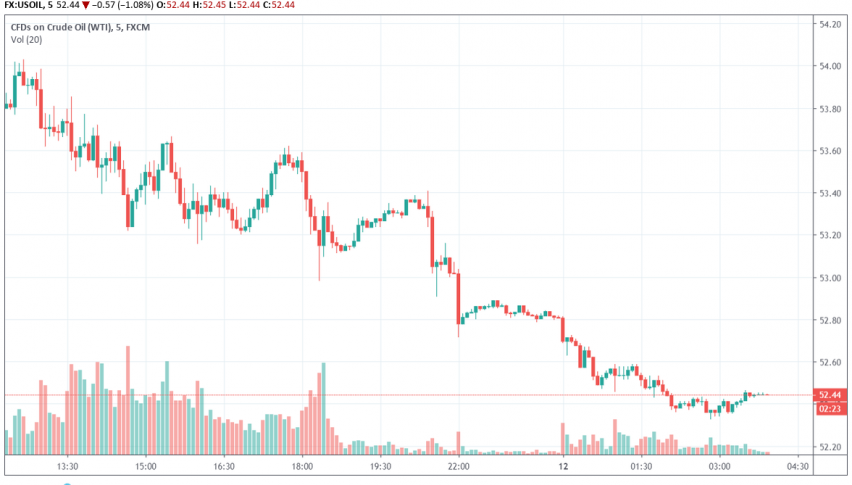 According to UAE’s energy minister, OPEC members are close to finalizing an agreement to extend supply cuts in crude oil beyond June. Last year, OPEC+ members had agreed to cut crude production by 1.2 million bpd to prevent further weakening of oil prices from January till June 2019.

However, despite this news, WTI crude oil prices fell by over 1% on Wednesday, touching $52.44 per barrel at the time of writing. This is because EIA downgraded its growth forecast in world oil demand for 2019 and US crude oil production.

The EIA released its monthly report on Tuesday where it has cut world oil demand growth forecast to 1.22 million bpd, down 160k barrels. In the report, the EIA has also lowered US crude production forecast for 2019 to 12.32 million bpd, 140k barrels lower than its previous forecast in May.