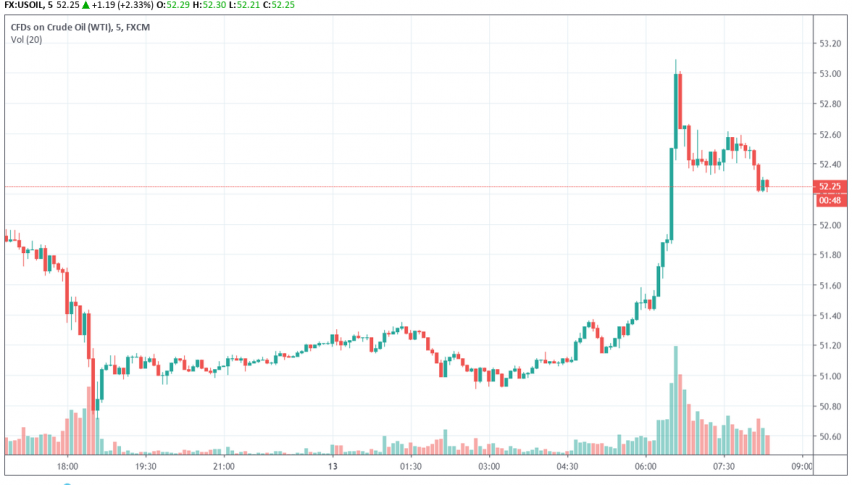 Two oil tankers have been attacked in the Gulf of Oman, similar to the attacks last month in the same region where four tankers were targeted. WTI crude oil prices surged following news of this possible attack, which hints at rising tensions in the Gulf region where a dispute between Iran and the US remains ongoing.

The tankers suffered an attack close to the Strait of Hormuz, an important waterway that allows for passage of nearly 20% of global oil from Middle East producers. According to a report on Sky News, one of the oil tankers may have been attacked by a torpedo, leading to a fire on board, while the other tanker’s hull experienced damage.

At the time of writing, WTI crude oil is trading at $52.25 per barrel.