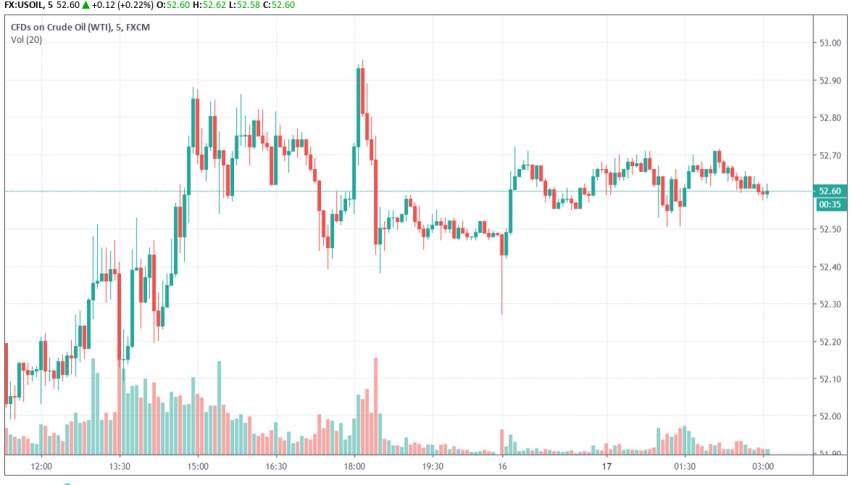 At the time of writing, WTI crude oil is trading at around $52.60 per barrel, after comments from US Secretary of State Mike Pompeo on how the US will take necessary action to ensure safe navigation in the region.

Last week’s attacks were the second in a month and had caused oil prices to rise by as much as 4.5% on Thursday, and served to escalate tensions between the US and Iran. Ever since the US reimposed sanctions on Iranian exports, tensions have been simmering in the Middle East.

In an interview with Fox News, Pompeo stated, “The Iranians should understand very clearly that we will continue to take actions that deter Iran from engaging in this kind of behavior.” Iran has denied US’s allegations but has warned several times that it would block the Strait of Hormuz if the US continued to ban sale of Iran’s crude oil.

Oil prices also find support from the upcoming OPEC meeting slated to be held in July, where the members are expected to announce their decision to continue with supply cuts.