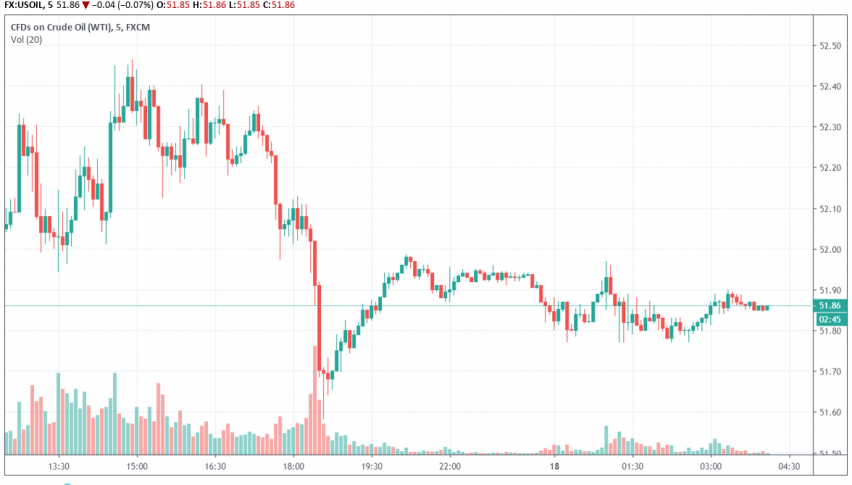 WTI crude oil prices fell for a second consecutive day on Tuesday over increasing concerns of global economic growth slowing down because of US-China trade tensions. However, news of the recent attack on oil tankers continued to support oil prices from declining too much.

At the time of writing, WTI crude oil is trading at around $51.86 per barrel. On Monday, WTI prices fell 1.1% while on Tuesday, they are already trading more than 0.2% down.

The business sentiment in the US is suffering over escalation in trade dispute with China. Oil prices are also falling because of record rise in US shale oil production. According to the EIA, US shale oil output is expected to increase by 70,000 bpd to touch 8.52 million bpd in July.

Disappointing economic data releasing from economies across the world as well as the ongoing US-China trade war have caused oil prices to fall by around 20% since April 2019. However, supply concerns due to the possibility of OPEC+ extending crude production cuts beyond June and rising tensions following recent oil tanker attacks in the Middle East are also supporting crude prices.