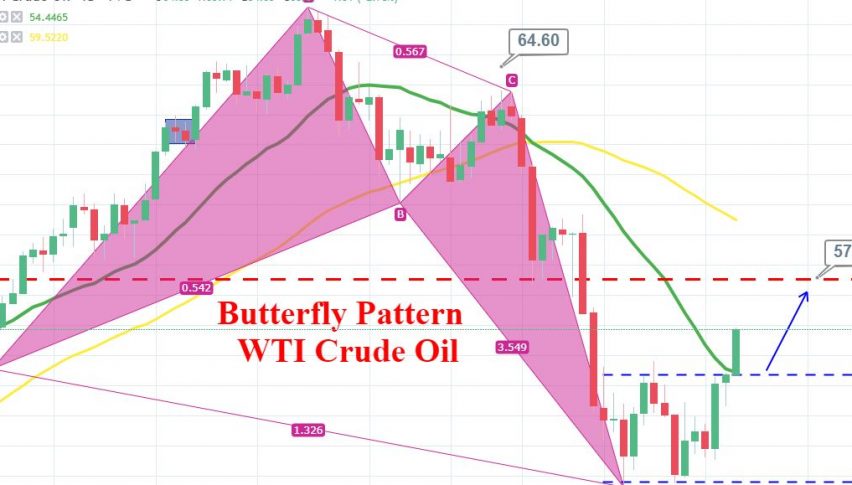 On Thursday, WTI crude oil is modestly higher crossing over 55.50, gaining back all the losses made in the wake of a trade war and delay in OPEC’s meeting. Another reason behind WTI’s bullishness is the dovish FOMC.

What does a dovish FOMC have to do with crude oil prices?

US dollar and Crude Oil prices carry a negative correlation. Thus, the dovish FOMC triggered a sell-off in the dollar, making it cheaper for international buyers. Increased inflow of interest triggered sharp buying in crude oil.

Secondly, the OPEC and OPEC+ finally agreed on dates to have a meeting. They are likely to speak about continue crude oil output cut for a more extended period to control falling oui price.

Crude oil has formed a bullish butterfly pattern on the daily timeframe, which is suggesting a strong tendency for an upward move. The butterfly pattern completed CD move from $64 to $50 and now it’s likely to trigger bullish retracement. Crude oil may have immediate support at $54.40, along with resistance at $56.60 and $57.55. 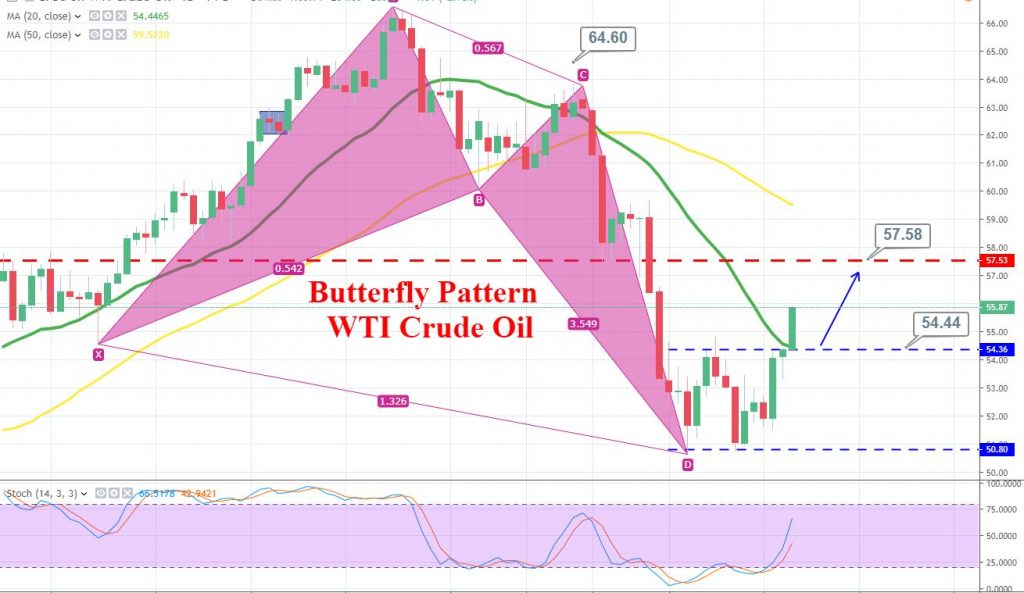