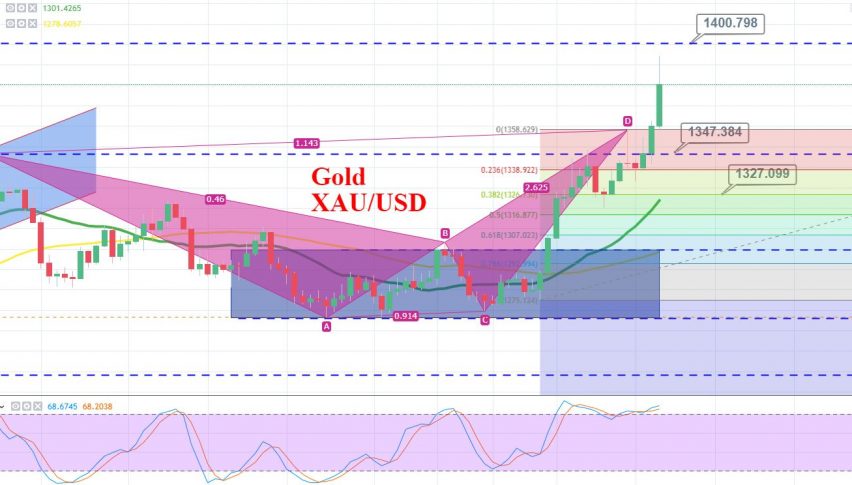 The precious metal GOLD prices jumped early during the Asian session after the US Federal Reserve kept the door open for an interest rate cut later this year. In its recent policy meeting, the Fed kept its benchmark rate unchanged in a range of 2.25% to 2.5% as expected.

Nevertheless, it also indicated it was ready to roll towards a more dovish stand amid slowing inflation and stuttering global growth.

According to Federal Reserve Chair Powell, the Committee continues to view the sustained expansion of economic activity, strong labor market conditions, and inflation near the Committee’s symmetric 2% objective as the most likely outcomes, but uncertainties about this outlook have increased.

The demand for haven assets was further triggered after the US President Donald Trump repeatedly criticized the Fed for not performing more to support the economy.

Gold’s Technical Outlook
On the technical side, gold has violated $1,346 to trade below $1,400 level. The breakout was triggered over fundamentals, particularly after a dovish FOMC.

This week, we should closely monitor the closing of candles. Gold is now targeting 1,400 level, but the closing below this level may add selling pressure on gold.

I’m afraid that right now there’s no short term trade as the market is exceptionally volatile and it may hit stop loss or take profit in minutes.

However, stay tuned to FX Leaders as we may have trades in fiats shortly. Good luck!