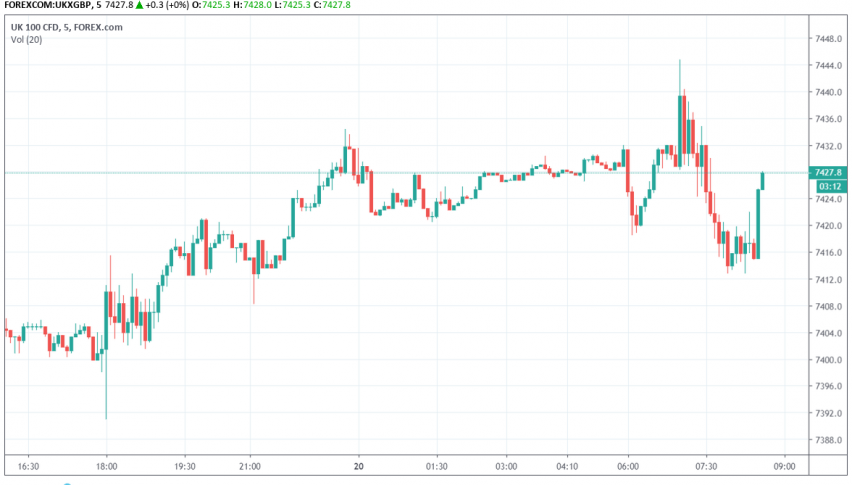 FTSE 100 surges higher on Thursday, as global stock markets received a boost from hints that the Fed could cut interest rates soon. At the time of writing, FTSE is trading a little above 7427.

On Wednesday, Fed announced its decision to keep interest rates on hold but signaled that the markets could expect the next rate cut to happen as early as July. Looser monetary policies are expected from other central banks which will most likely follow the Fed, causing a rally in stock markets worldwide.

Another key driver behind FTSE climbing higher is the sharp rise in crude oil prices. This has helped shares of oil companies trade higher, pulling the overall index up as well.

Later today, the Bank of England is expected to announce its monetary policy decision, which could also have an impact on FTSE.

What to Expect From the BOE on Thursday
3 days ago