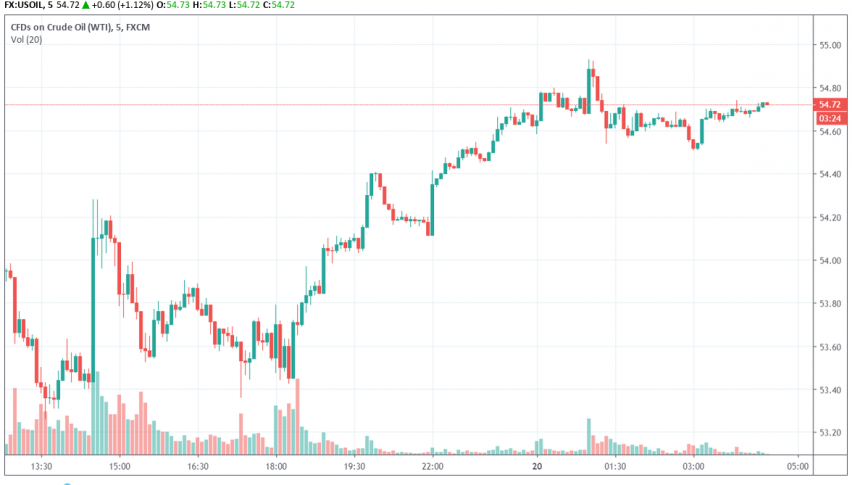 WTI crude oil prices climbed more than one percent higher to go up to $54.55 per barrel after the EIA reported a surprising fall in US crude stockpiles last week. WTI is currently trading at around $54.72 at the time of writing.

For now, oil markets shift their focus to the upcoming OPEC meeting to gain clarity on whether the group and its allies plan to continue with their supply cuts. Analysts expect crude oil to remain volatile until this OPEC meeting, which is scheduled to take place sometime in early July.