Manufacturing keeps the bearish trend, heading towards contraction in Europe

On Friday, the dollar fought to get on the front foot and is heading for a weekly loss against peers of major currencies after the US Federal Reserve joined global peers with plans to cut interest rates to support flagging economic growth. Later today, the market awaits a series of manufacturing and non-manufacturing events from the Eurozone. The Canadian dollar can also offer an excellent trade opportunity on the release of retail sales data.

The EUR/USD currency pair surged over 100 pips in the wake of a weaker dollar. The single currency Euro is steady as the traders turn cautious ahead of the flash manufacturing and services PMI releases from across the Euro area economies.

Crumbling Eurozone economy continues to remain the central concern for the global markets amid continuing Brexit uncertainty. EUR/USD is gaining support above $1.1281, the previous resistance level. The new 4-hour candle close is a doji candle, which signifies a neutral sentiment among investors. 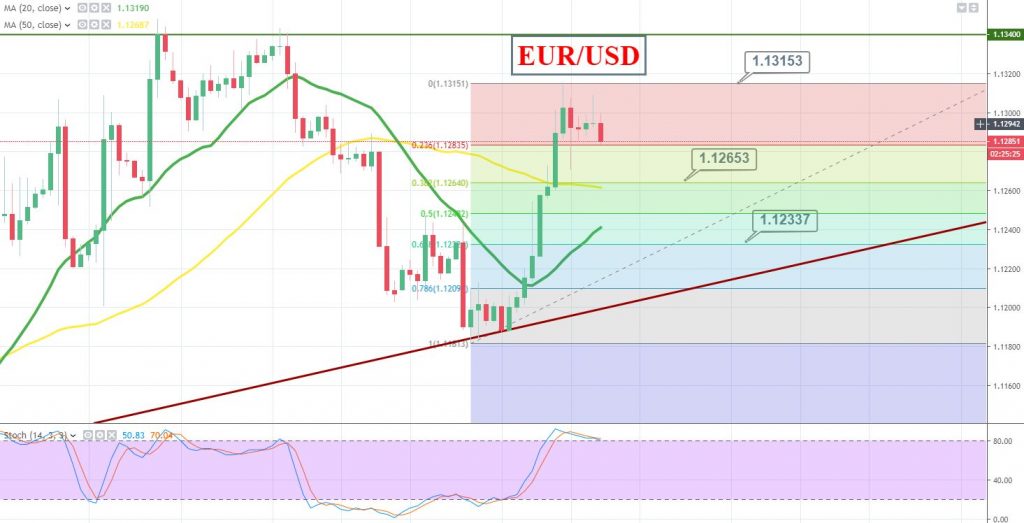 The European economy is due to release a series of economic events which include:

French Flash Manufacturing PMI – The number is scheduled at 7:15 GMT with a forecast of 51.6 vs. 51.5 beforehand. It may extend slight support to euro pairs.

French Flash Services PMI – The services PMI will be released along with the Flash Manufacturing numbers. It’s expected to show a slight surge from 50.6 to 51.0 in June.

German Flash Manufacturing PMI – The German PMI is usually published 15 minutes after the French PMI. Therefore, these figures are due at 7:30 GMT. It’s forecast to rise from 44.3 to 44.6.

German Flash Services PMI – It’s scheduled with a forecast of 55.3, slightly below the previous month’s figure of 55.4.

The Loonie remains under the spotlight due to the upcoming Canadian retail sales figures.

Core Retail Sales m/m – The figure shows a change in the total value of sales at the retail level, excluding automobiles. A higher number of retail sales signals growth in the economy.

USD/CAD Continues the Decline, Despite the Retreat in Oil Prices
23 hours ago