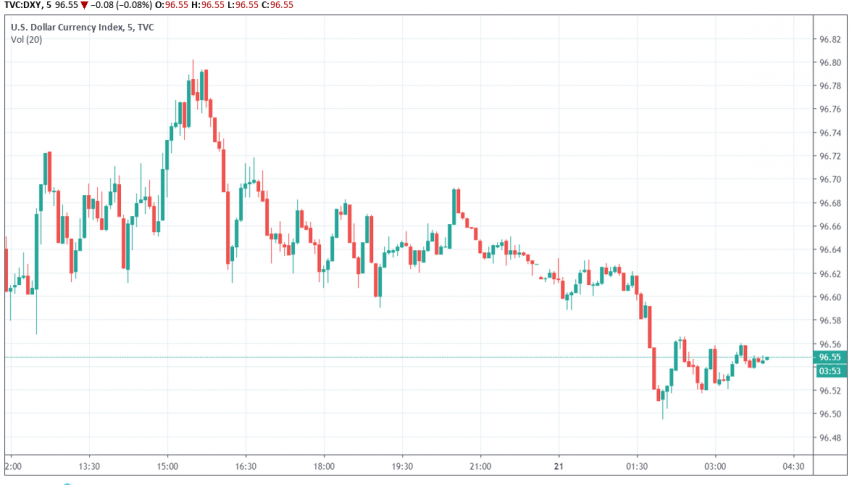 USD Set for a Weekly Loss Over a Dovish Fed

The US dollar looks all set to post a weekly loss after the Fed sounded dovish at its most recent FOMC meeting. The US central bank has hinted at plans to cut interest rates to support weakening inflation amid concerns of a slowdown in global economic growth.

Investors are anticipating the next rate cut to come as soon as July, and possibly even three rate cuts by the Fed till the end of 2019. An easing in monetary policy has weakened the dollar and at the time of writing, the US dollar index DXY is trading at around 96.54.

After the FOMC, the focus shifts to the upcoming round of talks between US President Donald Trump and the Chinese President Xi Jinping next week during the G20 summit. Both sides have confirmed their interest in resuming trade negotiations, and if they develop on a positive note, the US dollar could receive a much-needed boost through an improvement in the market sentiment.

If talks progress, the US could put off its plans to hike tariffs on an additional $300 billion worth of Chinese goods, which could hurt American businesses and consumers significantly.