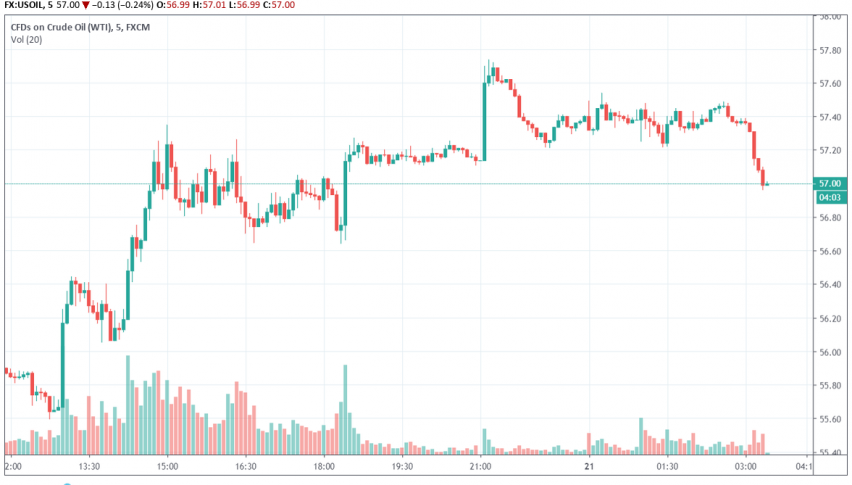 WTI crude oil prices continued to climb higher on Friday, getting set for the first weekly gain in five weeks. At the time of writing, WTI is trading at around $57 per barrel.

Escalating tensions in the Middle East following an attack on oil tankers have been exerting an upward pressure on oil prices. In addition, the latest dovish statements from the Fed hinting at a rate cut soon are also keeping oil prices higher.

If the Fed cuts interest rates, other major central banks will follow suit, and this could offer much needed stimulus to global economic growth. When global economic growth is on an uptick, it boosts the demand for crude oil. In anticipation of this, crude prices have already started trading higher.

The dovish Fed has also helped weaken the US dollar. Given that crude oil is priced in dollars, a weaker dollar helps make crude oil more affordable for international economies, thus boosting demand for oil.

In recent days, the market sentiment has also started improving ever since Trump and the Chinese government confirmed a meeting between both sides at the G20 summit to resume trade talks. Oil markets have been buoyed by a potential resolution of the ongoing trade dispute.

Forex & Commodities Trading Levels to Watch on Tuesday
20 mins ago