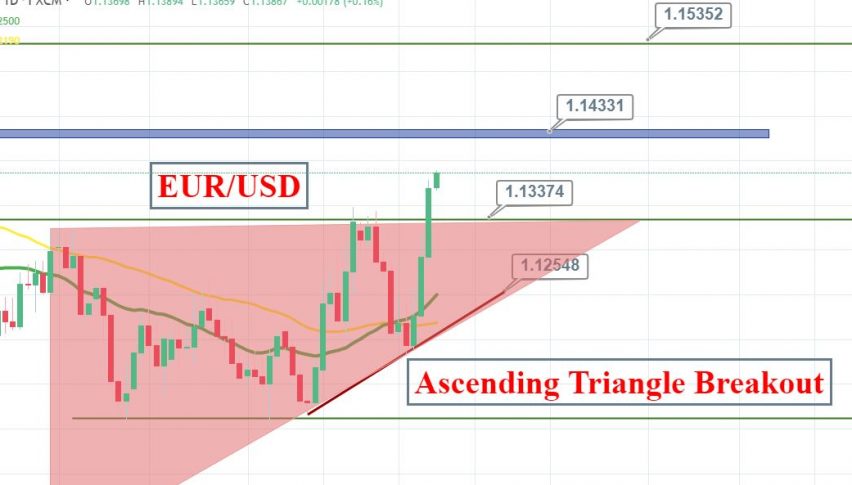 Welcome back to another exciting week. On Monday, the Greenback is trading lower versus a basket of six major currencies. The dollar index is trading around 96.107, having struck 96.093 on Friday – its lowest since March 21, following the Fed’s dovish stance last week.

On Monday, the market is very much likely to continue trading weaker dollar sentiment due to the absence of top-tier fundamentals. However, the technical indicators can be of good help today. Read on for economic events and trade setups.

Germany’s business climate has been suffering since Q4 2018 when it used to be around 102. Ever since the figure has dropped to 97.9 due to economic instability.

The business climate is a survey of about 7K businesses which asks respondents to rate the relative level of current business conditions and expectations for the next six months. This survey is highly respected due to its large sample size and historical correlation with German and broader Eurozone economic conditions. It tends to create a strong market impact upon release. This month, economists are expecting another drop from 97.9 to 97.4, which advocates ECB’s remarks to keep its policy accommodative.

CNY – CB Leading Index m/m – 13:00 GMT
Chinese Conference Board Inc will be releasing data for the CB Leading Index. This index is designed to predict the direction of the economy, but it tends to have a muted impact because most of the indicators used in the calculation are released previously.

NZD – Trade Balance – 22:45 GMT
The trade balance is a difference in value between imported and exported goods during the reported month. New Zealand is an export-oriented economy, and their trade balance says a lot about economic growth.

This month, economists are expecting a surplus balance of 200 million, which is sort of unfavorable compared with 433 million surpluses during the previous month. It’s likely to place a bearish pressure on the New Zealand Dollar.

Looking at the technical side of the market, EUR/USD has violated the ascending triangle pattern at $1.1335 amid weakness in the US dollar. The violation of the triangle pattern is likely to push EUR/USD towards the next resistance level of $1.1433. 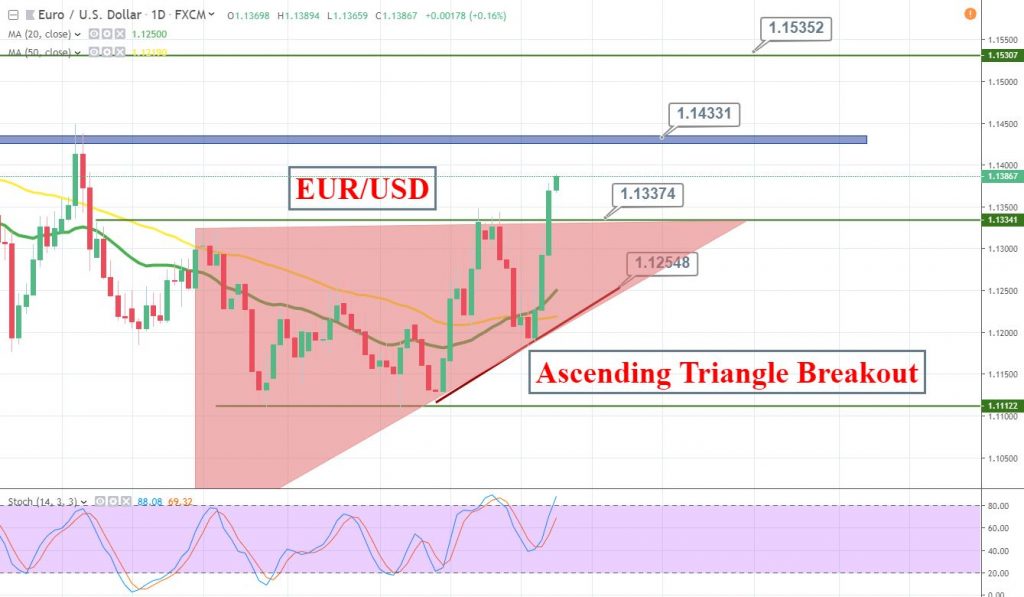 In addition to the triangle pattern, EUR/USD has formed “Three White Soldiers” pattern, which signifies strong bullish sentiment of the market.

Fellas, the EUR/USD is keeping its bullish trend, and it’s better to look for trendy trades. The idea is to stay bullish over 1.1335 to target 1.1430 today. While selling can be seen below the same 1.1430 target level.

Arslan Butt // Index & Commodity Analyst
Arslan Butt is our Lead Commodities and Indices Analyst. Arslan is a professional market analyst and day trader. He holds an MBA in Behavioral Finance and is working towards his Ph.D. Before joining FX Leaders Arslan served as a senior analyst in a major brokerage firm. Arslan is also an experienced instructor and public speaker.
Related Articles
Weekly Outlook, Jan 25 - 29, 2021: Top Economic Events to Watch This Week
The broad-based U.S. dollar is going to end this week on the bearish track as traders continue to cheer the Joe Biden administration's inaug
2 days ago