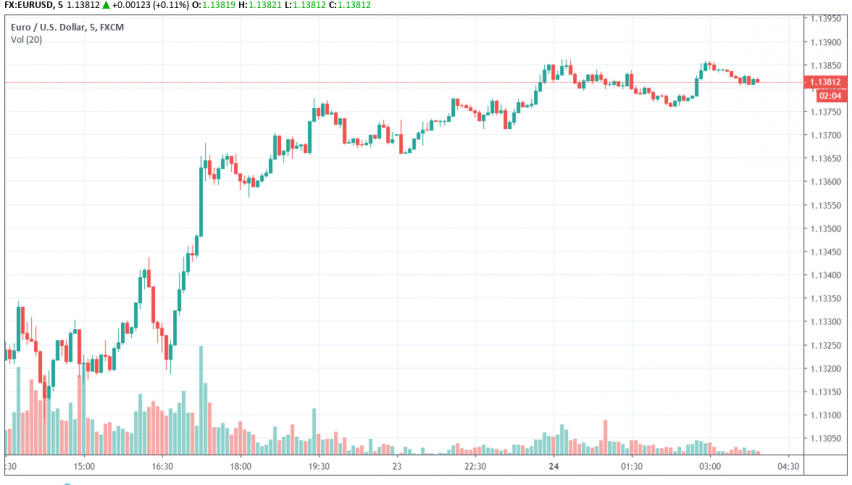 EUR/USD has climbed to a three-month high on Monday as the dollar continued its bearish run over upcoming rate cuts by the Fed. At the time of writing, this forex pair is trading at 1.1382.

Earlier in the Asian session, the Euro had climbed to as high as 1.1386, the highest since March 22, although it has fallen slightly since then. At its most recent meeting, the Fed sounded dovish and hinted at the possibility of a rate cut happening as soon as July.

This helped the Euro strengthen after a period of considerable weakness owing to a dovish ECB, Italian budget woes and Brexit uncertainties. However, the Eurozone continues to be plagued with worries of slowdown in economic growth and weakening inflation.

Any progress in talks between US and China on the sidelines of the G20 summit at the end of this week should also help boost overall market sentiment.

EUR/USD Stalling at the 50 SMA, After the Positive US Jobs Report
6 hours ago