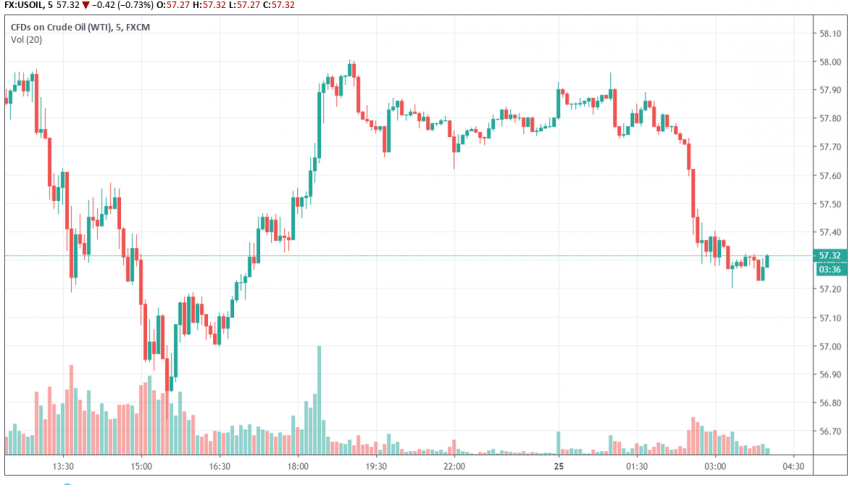 After climbing higher for several days, WTI crude oil prices fell lower on Tuesday over concerns of weakening global demand in oil markets. At the time of writing, WTI is trading at around $57.31 per barrel after having climbed 0.8% higher on Monday.

Last week, crude oil rose 10% higher following reports of Iran shooting down a US drone, increasing tensions in the Middle East. Tensions have been running high in the region following attacks on oil tankers, after which the US has deployed more troops and was possibly even planning a strike on Iran.

US-Iran tensions continue to support oil prices after the US announced more sanctions on Iran in retaliation to the attack on its drone. Trump has also tweeted asking other countries to safeguard their shipping of oil from the Middle East instead of depending on the US to ensure security in this region.

In addition, crude oil supply is expected to remain limited as OPEC and its allies plan to continue extending production cuts to keep oil prices supported.