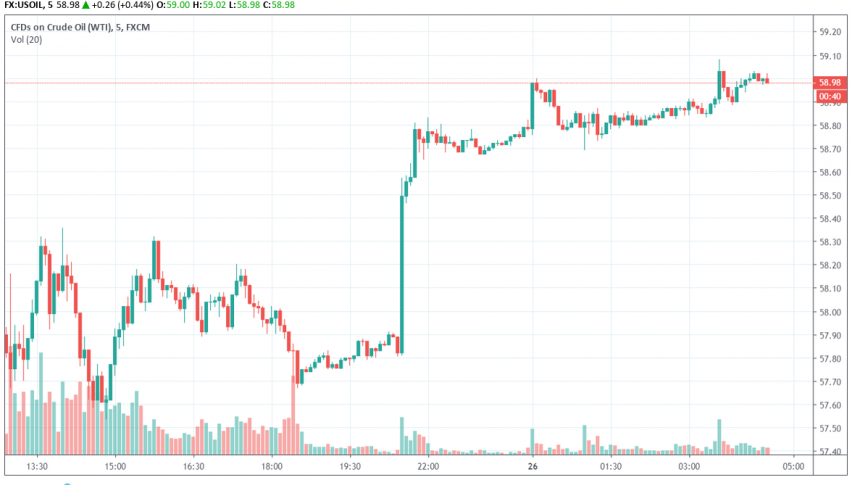 On Wednesday, WTI crude oil prices climbed over 1% higher after the release of the API report in the previous day showed a decline in US crude stockpiles. The ongoing tensions in the Middle East between US and Iran also continue to keep oil prices supported.

At the time of writing, WTI crude oil is trading at around $58.98 per barrel. Oil is in focus and will continue to experience volatility on the back of the ongoing OPEC meeting and anticipation of extended supply cuts by OPEC+ oil producers when they meet in Vienna next week.

In addition, oil markets remain tense in expectation of a possible military conflict between US and Iran. On Monday, the US imposed sanctions on senior Iranian leaders and have assured that more sanctions would be announced in the coming days.