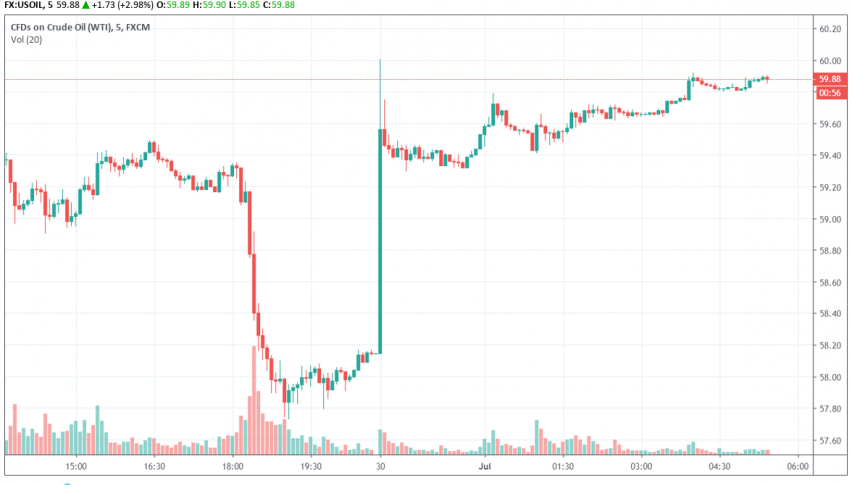 On Monday, WTI crude oil prices have climbed higher by more than $1 ahead of the OPEC+ meeting scheduled to take place on 1-2 July. At the time of writing, WTI crude oil is trading at around $59.88 per barrel.

Expectations are high that OPEC and its allies will decide to extend supply cuts to support crude oil prices from falling amid potential weakening in demand. The latest supply cuts of 1.2 million bpd have been in place since the beginning of 2019 for a period of six months.

OPEC+ is widely expected to continue with the supply cuts in crude production at least until the end of 2019. A rise in US crude production and weakening global economy have kept oil prices lower, causing OPEC and its allies to curb production since 2017.

According to comments from Saudi Energy Minister, Khalid al-Falih, members of OPEC and its allies could consider extending oil supply cuts for up to nine months. In addition, an improvement in market sentiment after the recent resumption in trade talks between the US and China at the G20 summit are also exerting upward pressure on crude oil prices at the start of a new trading week.

Forex & Commodities Trading Levels to Watch on Tuesday
37 mins ago