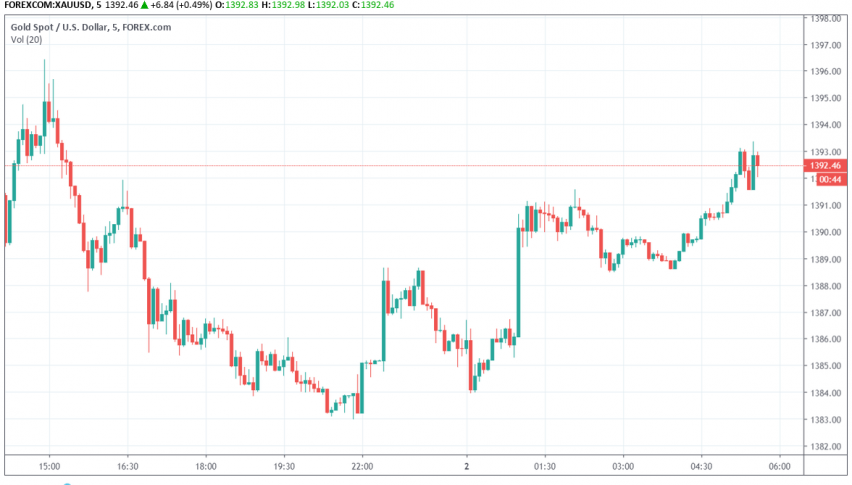 Gold prices climbed higher on Tuesday over increased worries about a possible slowdown in global economic growth. At the time of writing, GOLD is trading at around $1,392.46 after having fallen 1.8% lower on Monday.

Another reason for the bullishness in gold is Trump’s latest threat to impose tariffs on additional EU imports worth $4 billion. On Monday, the sentiment had improved in financial markets after the US and China had agreed to call a truce in their trade war and proceed with negotiations towards a trade deal.

However, later during the day, the sentiment soured again over weak manufacturing PMI data from several developed economies worldwide and Trump’s latest tariff threat. In addition, the US-China trade war is far from over, with trade talks underway but no progress towards a deal just yet.

Shrinking factory activity across Europe and Asia as well as a cooling off in US manufacturing sector further increased the appetite for gold in global markets. Later this week, the focus will shift to US NFP data which could potentially create significant moves in gold prices.