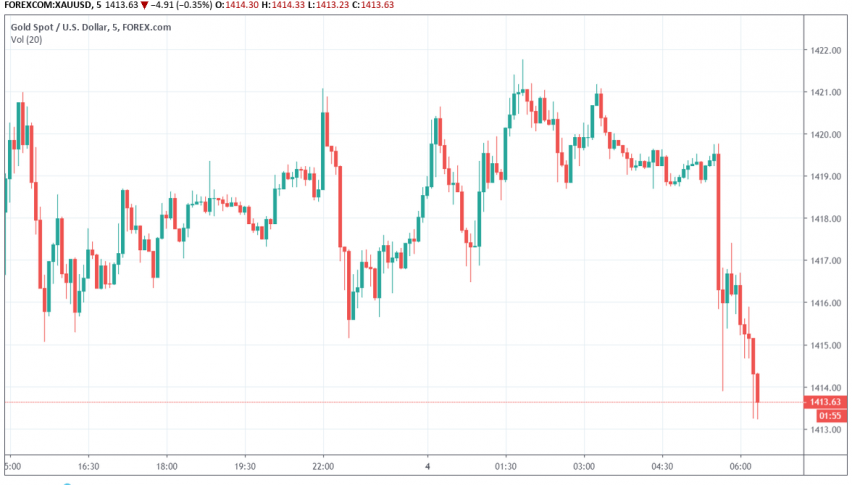 Gold prices climbed slightly higher on Thursday, over a weakening in the US dollar and fall in US bond yields. At the time of writing, GOLD is trading at

With inflation in the US continuing to remain low, the prospects of a rate cut by the Federal Reserve in July have shot up, driving this recent rally in gold. The precious metal has also turned bullish in anticipation of US non-farm payrolls data due for release tomorrow.

On Wednesday, there were rumors that present IMF Chief Christine Lagarde could replace Mario Draghi as the next President of the European Central Bank when he retires. Lagarde, a known dovish banker, has increased the prospects of further monetary policy easing measures, hence the demand for safe haven assets like gold.

The preceding ADP figure which released on Wednesday showed that there was an increase in the number of new jobs generated. However, the figure came in at less than analyst expectations, increasing concerns about softening in the labor market.