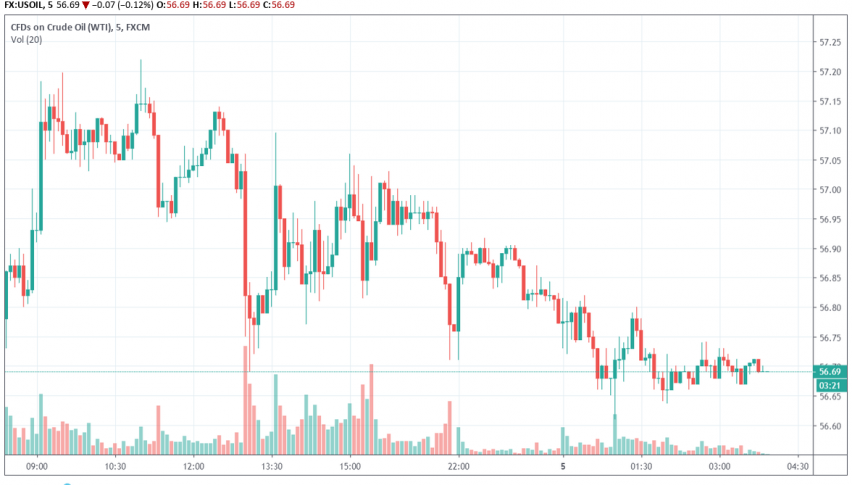 On Friday, WTI crude oil prices continued to trade lower as worries about a potential slowdown in global economic growth weighed on the markets. At the time of writing, WTI crude oil is trading at $56.69 per barrel.

A slew of weak manufacturing data released from around the world has had more impact on the sentiment than the OPEC+ decision to extend supply cuts till March 2020. In addition, on Wednesday, new factory orders in the US continued to decline for a second consecutive month in May, adding to the bearish pressure on crude oil prices.

After several days, tensions in the Middle East resumed again with the seizure of an Iranian oil tanker by British Royal Marines which was headed to Syria, violating severe sanctions placed on Iran about exporting crude oil to other countries. This could potentially escalate into a row between Iran and the EU in the coming days.

So far, however, this news has not yet had any impact on crude oil prices.