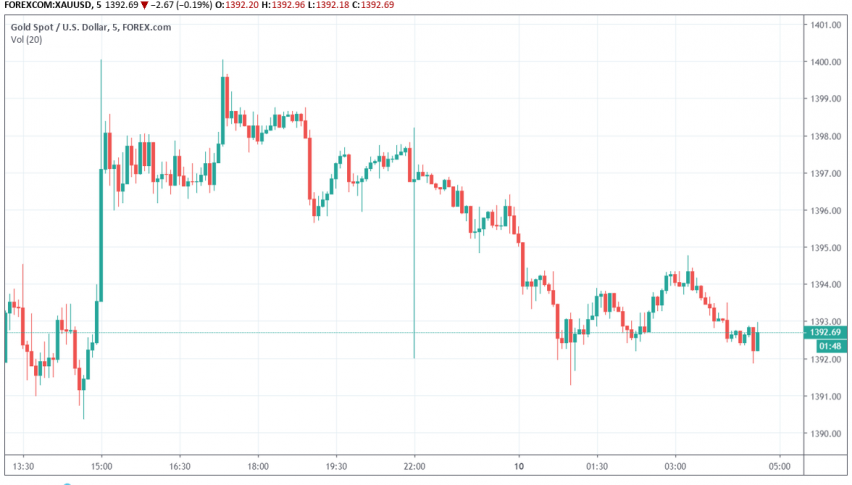 A strengthening dollar and US Treasury yields have pushed GOLD prices lower early on Wednesday morning. At the time of writing, gold is trading above $1,392.

The dollar has gained over the past few days after the US labor report posted a strong growth in jobs during June. This has dampened the likelihood of a rate cut by the Fed in its July meeting. Expectations of a 0.5% rate cut have diminished to nearly nil, although there is still a chance of a 0.25% rate cut being announced.

Another factor weighing on gold’s safe haven appeal lately has been the trade dispute between US and China. On Tuesday, both sides officially resumed their negotiations once again through phone discussions. As a result, there could be an improvement in the trade war sentiment in the coming days as markets hope for US and China to work out a trade deal between them.