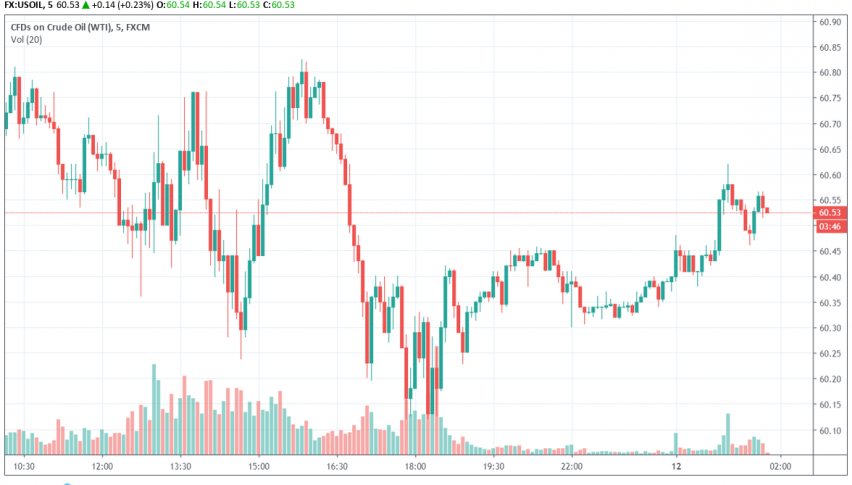 Early on Friday. WTI crude oil continues to trade bullish, climbing higher over escalating geopolitical tensions in the Middle East and the tropical storm developing off the coast of Gulf of Mexico. At the time of writing, WTI crude oil is trading at $60.53 per barrel.

In addition, tensions mounted in the Middle East over Iran’s attempts to block the movement of a British oil tanker in the Middle East region. This has increased the risk for transportation of crude oil in the region, which could potentially threaten supply from major OPEC producers.