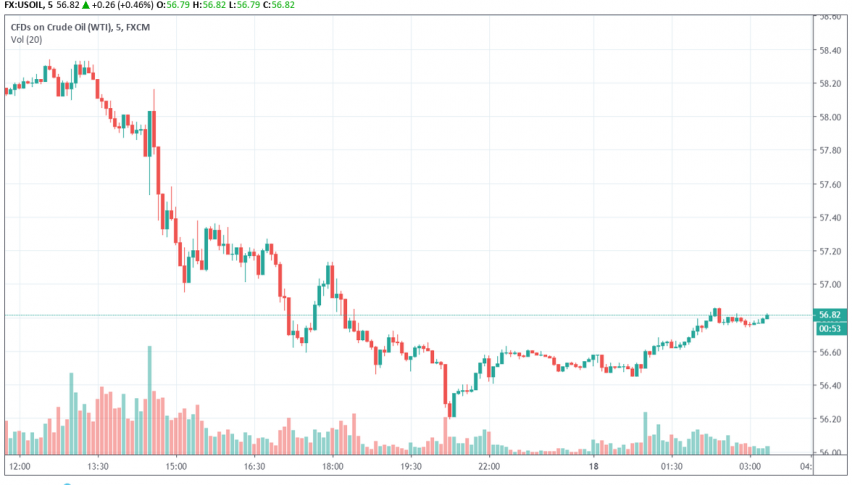 Early on Thursday, WTI crude oil prices continued their decline for a fourth consecutive day over a sharp rise in US inventories of refined petroleum products. At the time of writing, WTI crude oil is trading at around $56.82 per barrel.

The EIA report released on Wednesday revealed a higher than expected drawdown in US crude stockpiles during the previous week. According to the report, crude inventories in the US fell 3.1 million barrels lower, while expectations were for a 2.7 million barrel decline. However, gasoline stocks and distillate stockpiles increased significantly, exceeding the forecast.

Gasoline stocks were up 3.6 million barrels against a 925k barrel decline forecast, while distillate stockpiles increased by 5.7 million barrels, far higher than the expectations which were for a 613k barrel increase.