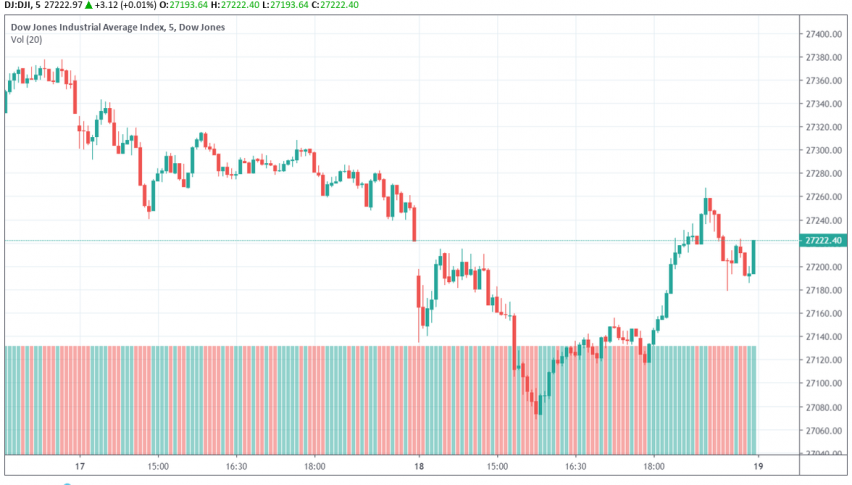 An increased possibility of aggressive rate cuts by the Fed have caused US stock futures to surge higher early on Friday morning. At the time of writing, DOW is already trading higher than its previous closing at a little above 27222.

Earnings reports were keeping stock markets subdued for most of Thursday, until the New York Fed President John Williams’ speech which talked about the importance of preemptive action by the central bank to tackle weak inflation amid low interest rates.

Even though a spokesman for the NY Fed offered clarification that Williams’ remarks were not about the upcoming Fed meeting in July, the sentiment remained optimistic on Wall Street that Fed would resort to bigger rate cuts, thus pushing investors away from the dollar and towards stocks.