The US dollar maintained its gains from late last week over subduing of rate cut sentiments by the Fed expected at the end of this month. At the time of writing, the US dollar index DXY is trading at around 97.

Increasing tensions in the Middle East following the capture of a British oil tanker by Iranian Revolutionary Guards could soon get traders back towards the US dollar, despite anticipating the Fed to cut rates shortly. Following worrying comments from NY Fed President John WIlliams which shot up the expectations for a 0.5% rate cut, a subsequent clarification from a spokesman from the NY Fed have brought the markets back to expecting a 0.25% rate cut for now.

The focus has shifted from US-China trade war and recent weak economic data releases to rising tensions in the Middle East lately, which has heightened the appeal for safe haven assets. Central banks will also come back in focus with several global central banks due to release their monetary policy decisions over the next couple of weeks. 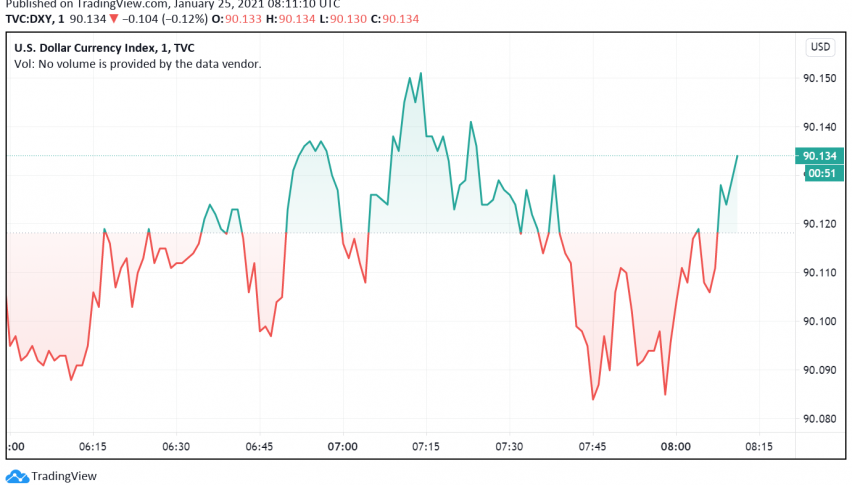 US Dollar Finds Strength as Markets Worry About Pandemic's Economic Impact
30 mins ago
Weekly Outlook, Jan 25 - 29, 2021: Top Economic Events to Watch This Week
The broad-based U.S. dollar is going to end this week on the bearish track as traders continue to cheer the Joe Biden administration's inaug
2 days ago