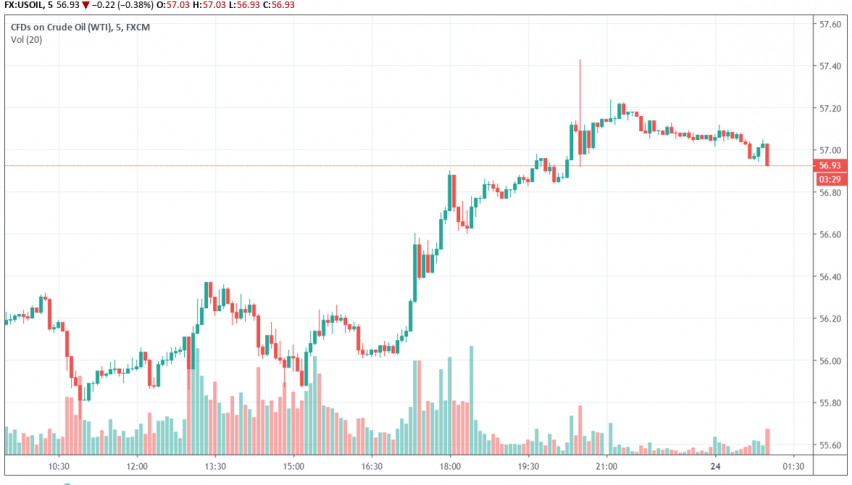 On Tuesday, the US stated that it may have downed a second Iranian drone in the Strait of Hormuz within a week, causing the sudden spike in oil prices. However, worries of weakening economic growth globally continue to exert downward pressure on oil markets over concerns of reducing demand.

The situation in the Gulf remains tense of late following US sanctions preventing Iran from exporting crude oil to any other country. Since then, there have been a few attacks on oil tankers and, more recently, even a seizure of a British oil tanker by Iran’s Revolutionary Guards.

US Navy had destroyed a drone owned by the Revolutionary Guards late last week, but according to a US official, there could have been one more drone downed in the region.

Arslan Butt // Index & Commodity Analyst
Arslan Butt is our Lead Commodities and Indices Analyst. Arslan is a professional market analyst and day trader. He holds an MBA in Behavioral Finance and is working towards his Ph.D. Before joining FX Leaders Arslan served as a senior analyst in a major brokerage firm. Arslan is also an experienced instructor and public speaker.
Related Articles
Crude Oil Extends Bullish Bias Amid Weaker Dollar - All Eyes on NFP Figures!
During Friday's Asian trading session, the WTI crude oil managed to extend its previous day winning streak & hit the 14-month high around we
17 hours ago