GBP/USD Back Under 1.25 After a Brief Surge, Brexit in Focus - Forex News by FX Leaders 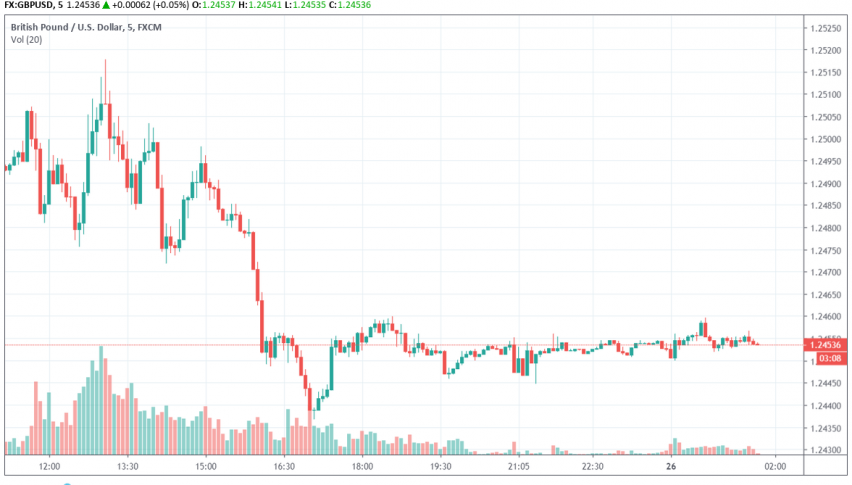 GBP/USD Back Under 1.25 After a Brief Surge, Brexit in Focus

After a brief climb higher. GBP/USD is back to trading under the 1.25 level as Boris Johnson takes charge of the UK government and changes over half of the cabinet, adding more pro-Brexit ministers to the mix. Shortly into his tenure, Johnson continues to maintain his interest in taking Britain out of the EU on the October 31 deadline, with or without a deal, just like he had campaigned.

While he has assured that he would try his best to avoid a no-deal Brexit scenario by trying to renegotiate a better withdrawal agreement with the EU, the EU has offered no such option and is firm that it will not revisit negotiations on Brexit. Johnson maintains that the issue of the Irish backstop will have to be struck out of the deal in order to prevent a chaotic exit from the Union.

At the time of writing, GBP/USD is trading at around 1.245, with the sentiment towards the Pound remaining bearish as markets anticipate a no-deal Brexit. So long as this issue is not resolved, the long-term outlook for the Pound is expected to remain bearish.