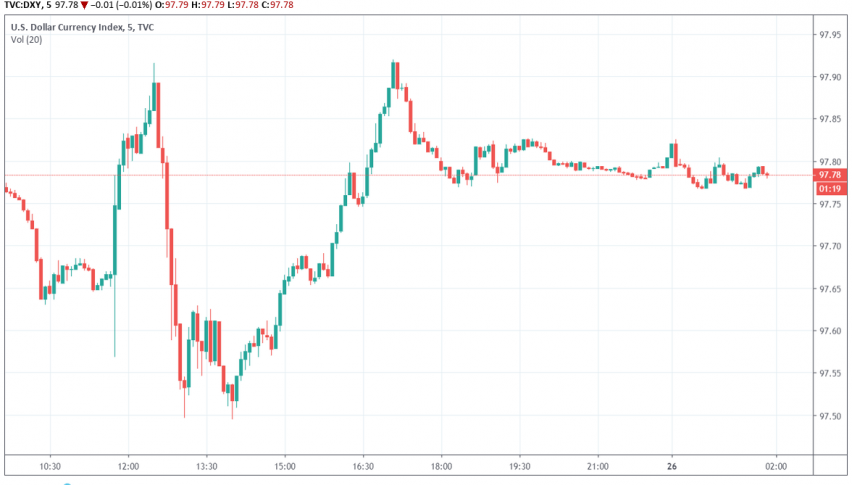 Early on Friday, the US dollar is trading around a two-week high ahead of the release of US GDP data later today. At the time of writing, the US dollar index is trading at 97.79 over anticipation that the GDP data will reduce the likelihood of an aggressive rate cut by the Fed next week.

The recent weakness in the Euro over disappointing manufacturing data has helped increase the attractiveness of the dollar. Although the ECB didn’t cut rates at its meeting yesterday, its president Mario Draghi did signal that rates could be cut at the next meeting in September. So far, the dollar has already gained over 0.7% of its value.

The US GDP is expected to have slowed down to 1.8% in Q2 2019 from 3.1% in Q1 2019. However, markets remain optimistic that consumer spending will have climbed higher and lent some much needed support to the US economy.