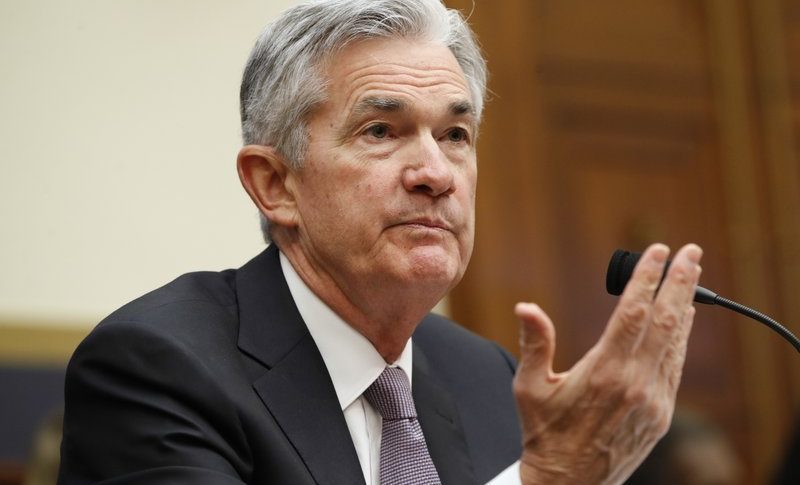 It’s going to be the second most important day after Friday this week as the US Federal Reserve will be releasing the FOMC statement and interest rate decisions. Policymakers are expected to cut interest rates for the first time since 2008.

During the early Asian session, the US dollar remained firm as it continues to trade in a wait-and-see mood, with investors looking ahead to the outcome of the Federal Reserve’s meeting later during the New York session today. In this update, we are going to see, how the Fed rate cut can impact gold, stock markets, and US dollar.

As we know, the CPI (consumer prices index) account for a majority of overall inflation. Inflation is important to currency valuation because rising prices lead the central bank to raise interest rates out of respect for their inflation containment mandate.

Eurozone is still struggling with its economic growth, and lately, their macroeconomic indicators have performed poorly, which is why ECB is forced to keep its policy dovish.

Canadian gross domestic product (GDP) is expected to increase by 0.1% in May, following gains of 0.3% in April and 0.5% in March.

Advance reports for May pointed to wholesales sales falling 1.8%, the largest decline in over three years. Retail sales declined 0.1%, but after shredding out price changes the volume of sales was far graver with a 0.5% decline. What keeps the economy growing for a third straight month is a 1.6% gain in factory sales and signs that homebuilding advanced.

Loonie may remain under pressure in the wake of slower growth of 0.1% vs. 0.3% in the past.

This data provides an early look at employment growth, usually 2 days ahead of the government-released employment data that it’s designed to mimic. Source changed series calculation formula in Feb 2007, Dec 2008, and Nov 2012, to better align with government data.

Economists are expecting a slight improvement in data from 102K to 150K in the month of July. The dollar may not react to this release, as traders will be saving their bets for the Fed rate decision.

The US economy is experiencing its longest expansion on record, but weaker external demand and trade tensions are risks to the outlook. A benign inflation backdrop allows the Federal Reserve room to offer support and cut rates by 25bp next week

Gold – Initial response is likely to be a sharp buying in gold, but since 25 base point rate cut has already been in the cards for a long time and investors have already priced it in, we may not see a continuation of the bullish rally in gold. So consider coming out of the trade as soon as you make 50/80 pips as gold may reverse later.

Dollar Index – Initial response to Fed rate cut from 2.5% to 2.25% is likely to be a sharp dip in the dollar index. But again as I said, most of the rate cut is already priced in, so we may exhibit a bullish reversal in dollar.

Stock Markets – The Cheaper cost of capital is always good for the corporate sector as it reduces the expenses side of companies and increases revenue. Ultimately, they pay higher dividends to its shareholders.
Thus, people increase the demand for stocks and indices on the rate cut. So expect bullish movement in stock markets, SPX, and DAX. 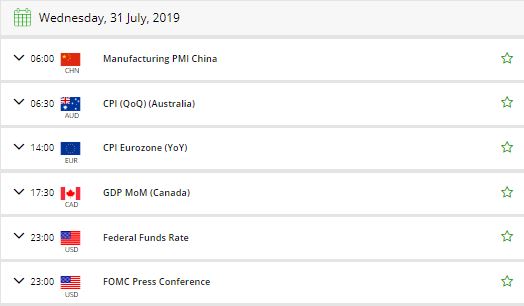