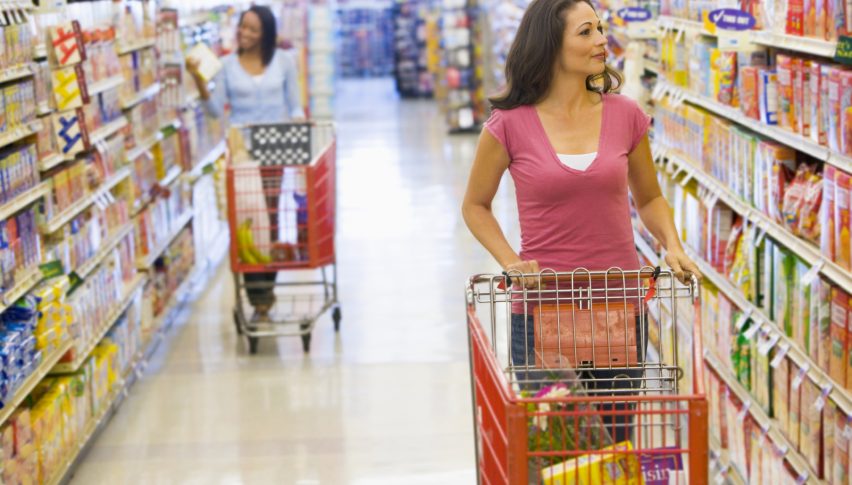 Shop Prices in Britain See a Slight Dip in July

According to data released by the British Retail Consortium (BRC), UK shop prices edged slightly lower in July by 0.1% when compared with June. This has been the second consecutive fall in shop prices since October 2018.

However, shop prices could climb higher in the event of a chaotic, no-deal Brexit. According to the chief executive at BRC, Helen Dickinson, “While we expect food inflation to remain steady over the next few months as retailers work hard to keep prices low, this will depend on whether the UK can navigate an agreement with the EU to ensure frictionless tariff-free trade continues after October 31st.”

In July, food prices had risen 1.7% higher, but this was slightly less than the 1.8% rise seen in June in this figure. Meanwhile, fresh food inflation also slid lower to 1.2% in July from 1.4% in June, driven by a fall in prices of meat.

Non-food prices fell 1.2% lower in July, with the most decline seen in electricals, clothing and footwear products. In addition, low consumer confidence reduced impulsive shopping by consumers during this period. If the UK heads out of the EU without a deal, the Pound would turn weaker, which could increase the cost of imported products for its consumers.