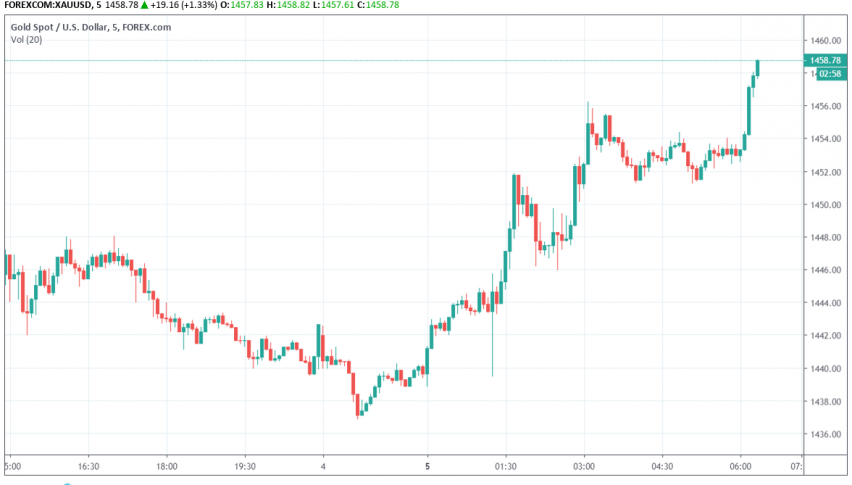 Gold Trading at Highest Levels in Over Six Years

Gold prices ticked 1% upward to trade at their highest levels in over six years over fears of escalating trade tensions between the US and China. At the time of writing, GOLD is trading at a little above $1,458.

Ever since Trump announced his plans to impose 10% tariffs on $300 billion more of Chinese imports, there has been a resurgence in demand for safe haven assets. Not only has gone benefited from this move, but the Japanese yen has also climbed higher as a result.

On Friday, we heard the Chinese side say that they plan to take retaliatory action against the latest tariffs, which could drive further uncertainty in financial markets. There are also increased expectations that the Fed would be forced to cut interest rates again to offset any fallout of the trade war on the US economy. This is driving further bullish trend in gold.