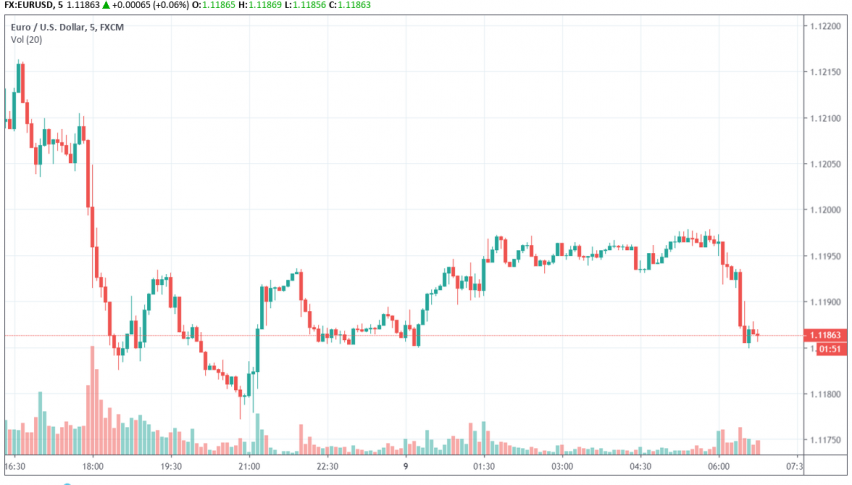 According to data released by the Federal Statistics Office, German imports increased by more than expected even as exports fell lower. This news release does not bode well for the German as well as the Eurozone economies, both of which are experiencing a weakening over global trade tensions.

Early on Friday, EUR/USD continues to trade bearish, weakening to 1.118 at the time of writing.

The Euro Pops on ECB Statement
2 days ago