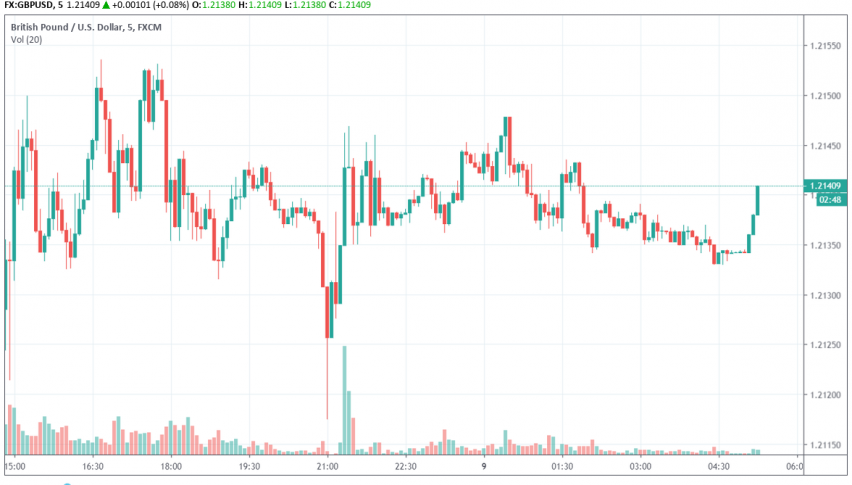 On Thursday, the Pound touched a two-year low against the Euro as news reports emerged stating that PM Boris Johnson is considering elections shortly after Brexit takes place on October 31. Against the dollar, the Pound weakened to a low of 1.2095 before recovering slightly.

At the time of writing, GBP/USD is trading at around 1.213, a little higher than the lows of Thursday. While the risks of a no-deal Brexit have been weighing on the Pound as well as the UK economy ever since Boris Johnson took over as the PM, the possibility of a general election fuels more uncertainty in Britain’s economic outlook. Johnson has reportedly stated that he will force the UK into election in the immediate aftermath of Brexit if lawmakers attempt to topple his government using a no-confidence vote.

Later today, the UK GDP report is expected to release, which will offer a better view of the state of the economy amid the Brexit turmoil. After growing at a rate of 0.5% in Q1 2019, expectations are for the GDP growth to have stagnated in the second quarter of the year.