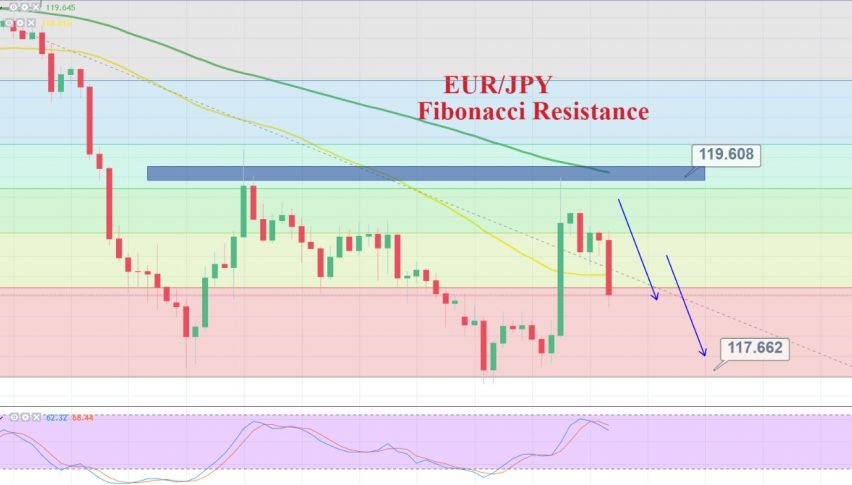 The level of uncertainty is rising in the market amid escalating trade war tensions between the world’s two biggest economies. Recently the demand for safe-haven assets such as GOLD and Japanese yen surged as investors seek shelter after worse than expected industrial production in China.

Industrial production is an important indicator for the country’s economy and it grew just 4.8% in July compared to a year earlier, according to China’s National Bureau of Statistics. That’s the worst growth for this sector in 17 years.

Besides that, the single currency Euro got hit after the German GDP figures disappointed for another month. In the second quarter of 2019, the real (price-adjusted) gross domestic product in Germany declined by 0.1% in the first quarter of 2019. The GDP figure is released after adjusting for seasonal and calendar variations.

On the hourly chart of EUR/JPY, the pair bounced off from lows at 117.80 and moved up. However, the pair reached the resistance at 119.83, which may limit the further rise. A move higher may be confirmed if the pair breaches above 119.90, and the target will be located at 120.50.