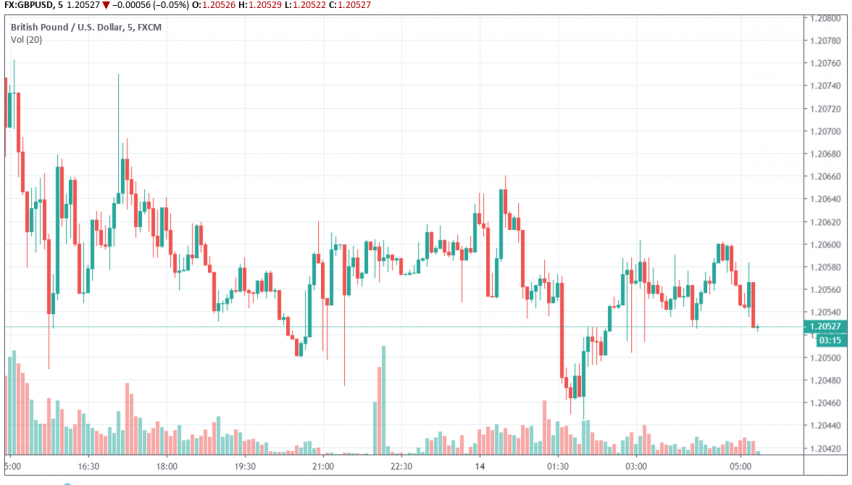 The Pound continues to trade below 30-month lows over rising Brexit uncertainties even after the UK reported strong wage growth during the previous day. At the time of writing, GBP/USD is trading at around 1.205.

Earnings rose by 3.7% YoY in Q2 2019, touching the highest levels in 11 years. Despite such a strong performance from UK’s labor market, the Sterling remains under pressure over anticipation of a no-deal Brexit.

This data also does not bode well from economists’ perspective as a strong labor market can convince the Bank of England to hold interest rates steady. Currently, markets are expecting a 68% likelihood that the BOE will cut interest rates by 0.25% by the end of this year.

According to Former Chancellor Philip Hammond, PM Boris Johnson’s unrealistic demands could wreck any possible chance that Britain may have in negotiating a new Brexit deal with the EU. BoJo insists on the removal of the Irish backstop from the current withdrawal agreement, threatening to take Britain out of the EU without a deal if this does not happen.