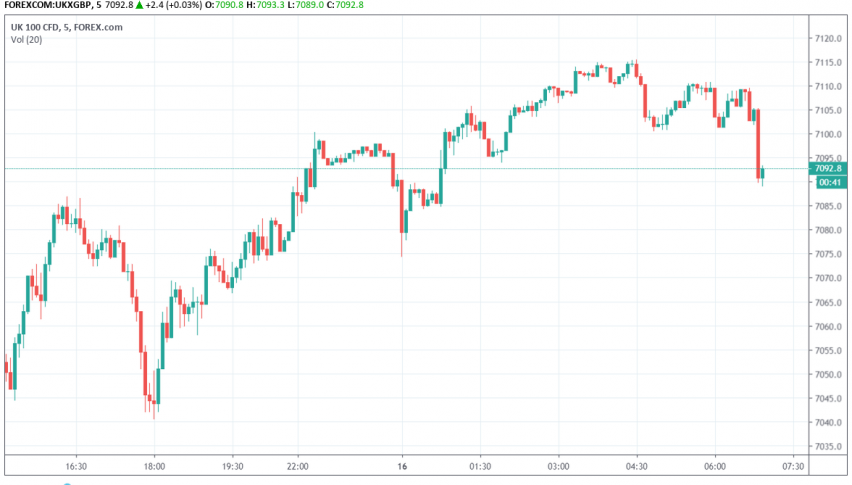 The intensifying trade war between US and China has hit global stock markets quite hard with the FTSE falling to a six-month low on Thursday as China hit back at the US for its latest tariff announcement. At the time of writing, FTSE is trading at a little over 7092, having recovered a little bit after closing 1.13% lower at the end of yesterday’s trading session.

Even though Trump announced a delay on some tariffs from September to December, China has alleged that these tariffs violate the truce both Trump and Xi had called for during the G20 summit when trade negotiations resumed again. Global stock markets worry that a prolonged trade war can push world economy into recession.

In addition, the recent yield curve inversion in UK and US also point to increasing signs of a recession. The last time this happened was in 2007, just before the financial crisis took down markets all around the world.

FTSE was also weighed down by a sudden strengthening in the Pound following a better than expected retail sales report.

Stock Signal in Profit as Google Eyes 3,000, After Earnings Beat Estimates
1 month ago

Alibaba Trending Down, Google Trending Up - Opposite Chart Setups
1 month ago