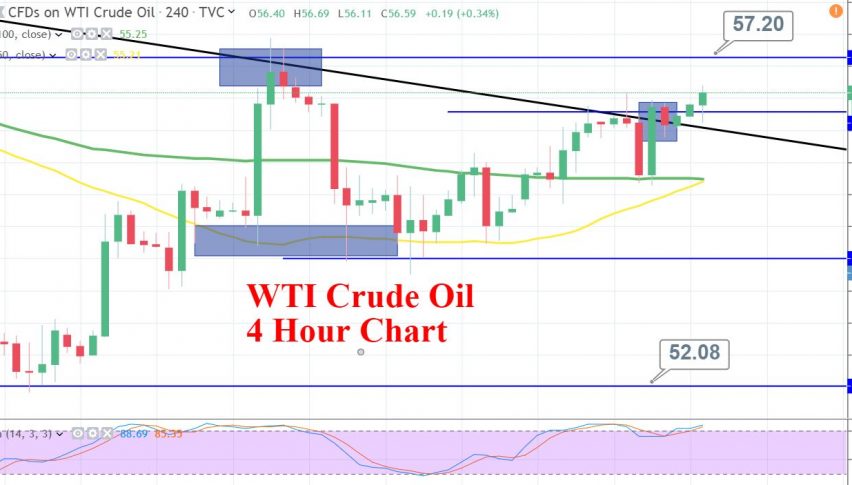 The Energy Information Administration will release its weekly petroleum report later today and it’s expected to post a draw of -1.4M vs. 1.6M barrels. Oil traders will wait for numbers before taking positions. Investors will also keep an eye on the release of the United States Federal Reserve’s July minutes and Federal Reserve Chairman Jerome Powell’s speech this week.

On the other hand, the concerns in the Middle East are still in focus as the United Sated Sectary of State Mike Pompeo told the country will take all kinds of action to stop an Iranian tanker sailing in the Mediterranean from delivering crude oil to Syria. 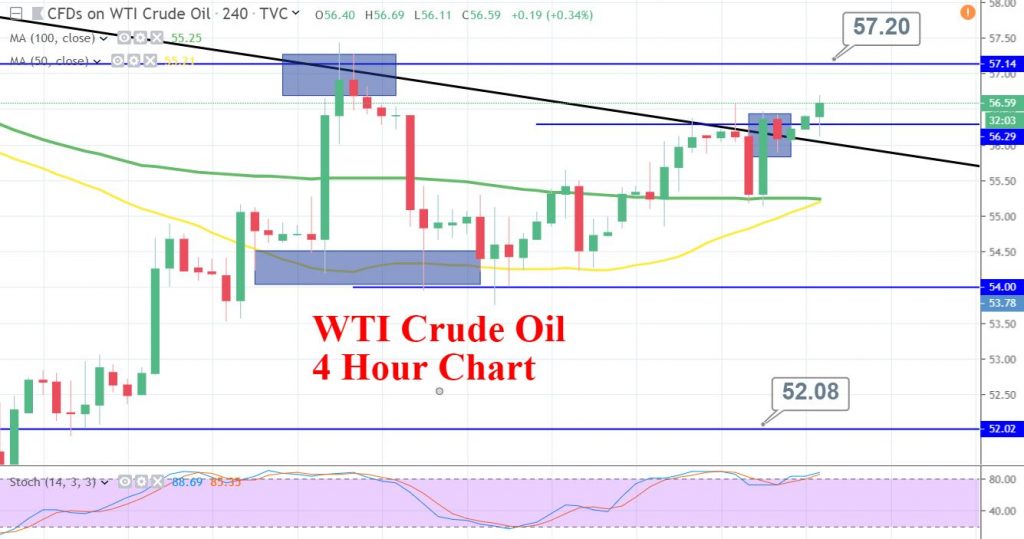 Crude oil has violated the bearish trendline on the 4-hourly timeframes. The trendline was extending resistance around 56.25 and closing of 4 hourly candles above this level are suggesting bullish bias. 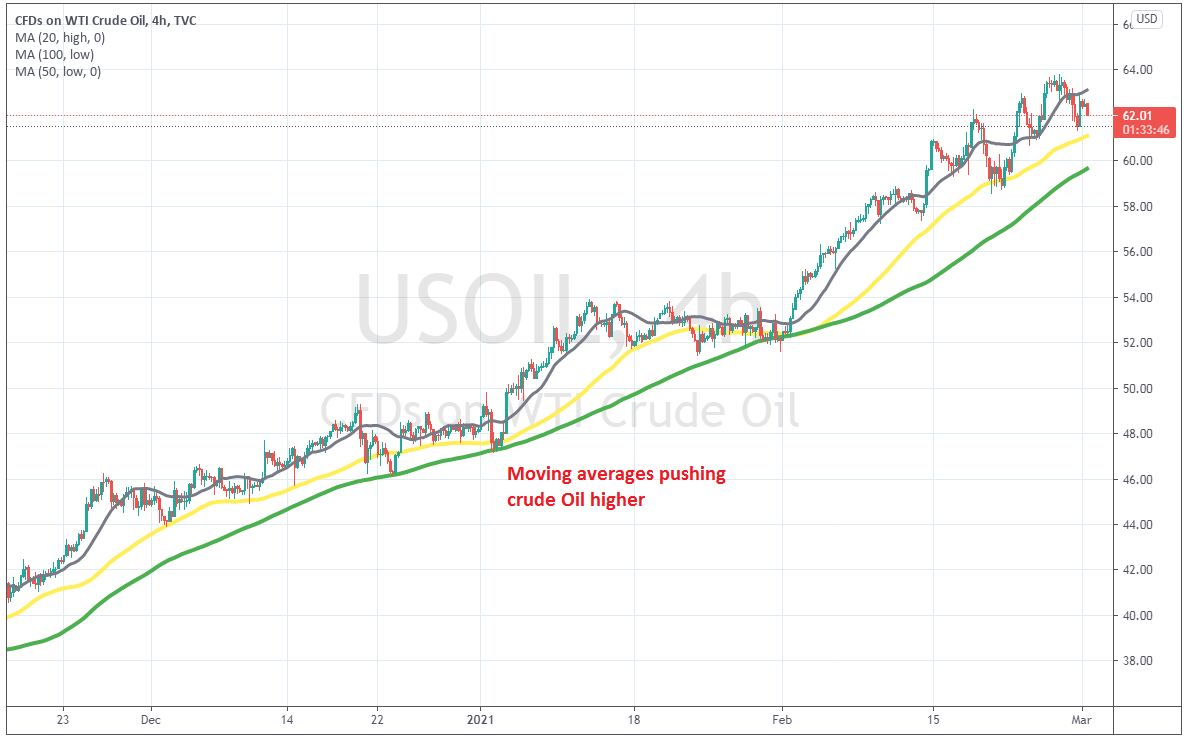 The 50 SMA Holds As Support in Crude Oil
13 hours ago
WTI Extends Previous Week-long Winning Streak - A Combination of Factors Explained!
The WTI crude oil prices extended their previous week-long bullish rally and hit the Intra-Day high above mid-$62.00 mainly due to the hopes
15 hours ago 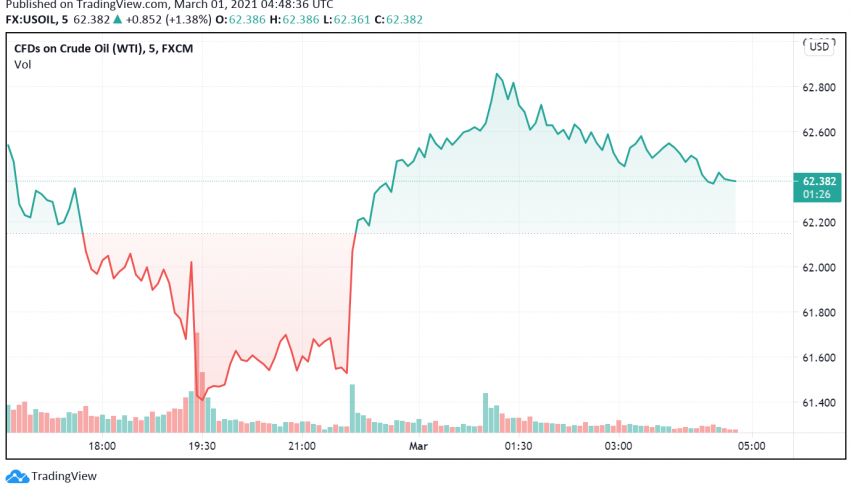