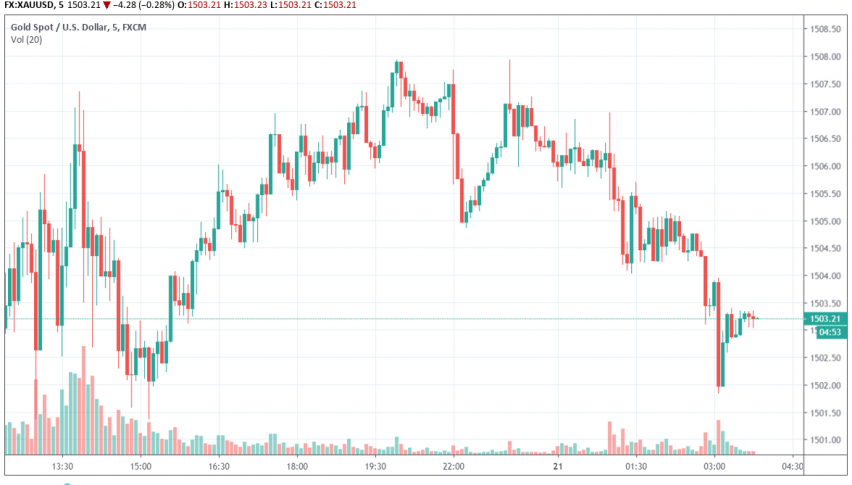 Gold Back to Trading Above 1500 After a Slight Dip

Ahead of the FOMC meeting minutes releasing later today, gold prices are back to trading above the $1,500 level following a slide lower on Monday. At the time of writing, GOLD is trading at a little above $1,503.

Gold’s safe haven appeal came back to the spotlight as US bond yields dipped lower in anticipation of the Fed easing the monetary policy. Gold has been in favor lately over the escalating of the US-China trade war and expectations that the Fed would cut interest rates to support the US economy from slipping into a recession.

Last week’s yield curve inversion had markets concerned that a recession was just around the corner. However, comments from Trump and other officials allayed some of those concerns, lifting the mood in the markets and causing stock markets to rally amd gold to dip lower.

However, the volatility in gold prices is expected to continue into the coming days as developments on the trade war, FOMC meeting minutes and comments from Fed officials at the Jackson Hole symposium can impact trades in the precious metal.