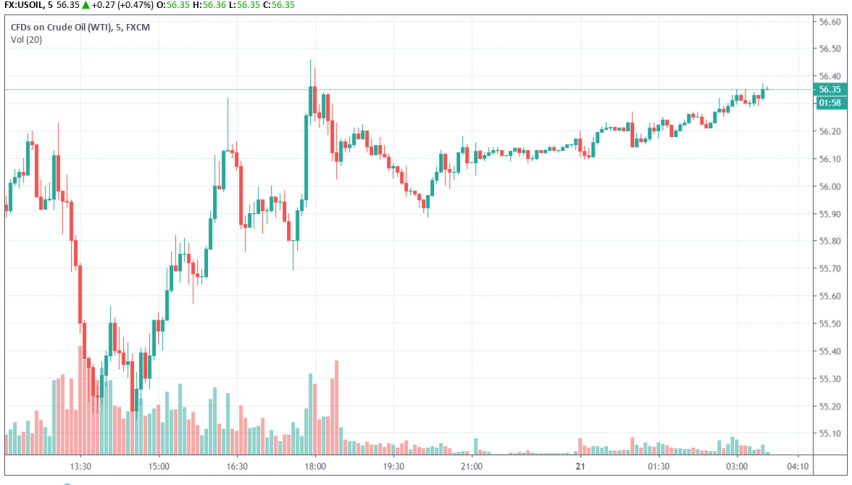 WTI crude oil prices are edging slightly higher following the release of the API report on Tuesday. At the time of writing, WTI crude oil is trading at around $56.35 per barrel.

The recent deterioration in the market sentiment following Trump’s comments on China have so far failed to have any impact on crude oil prices. According to Trump, he had to take on China because China had been cheating the US for several decades.

Following Trump’s decision to delay some tariffs and the US government granting Huawei an extension on the reprieve, markets had started trading optimistic for the past few days. However, these latest comments go on to emphasize that a trade deal between the two countries is not going to materialize anytime soon. This could turn crude oil bearish once again in the coming days.