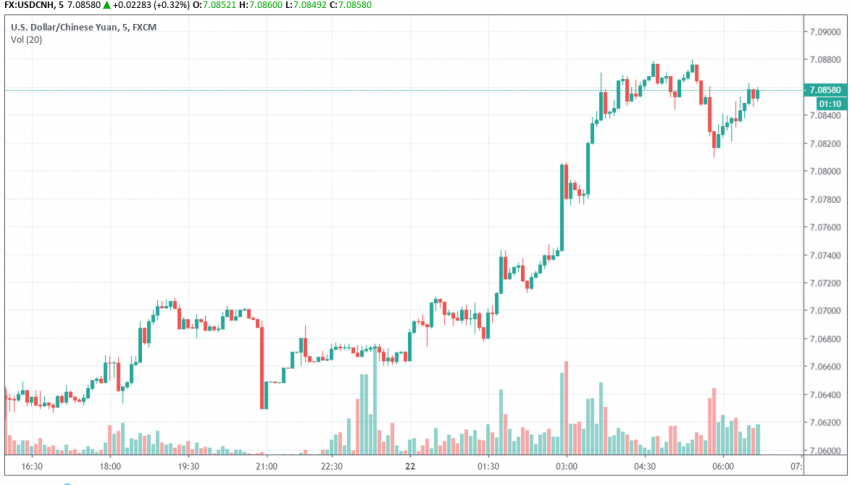 Chinese Yuan Slips to 11-Year Low Against the US Dollar

On Thursday, the Chinese yuan weakened to an 11-year low against the US dollar over escalating worries of a slowdown in the economy as a result of the trade war. At the time of writing, USD/CNH is trading at 7.085.

Rising protests in Hong Kong, coupled with the ongoing trade war with the US, have been the main drivers behind the recent slide in the yuan’s value. State-owned banks in China have stepped in to support the yuan by receiving dollar/yuan swaps in a bid to stop further decline in the currency.

On Wednesday, the IMF cautioned against economies that were intentionally keeping their currencies weak to gain a competitive edge in international trade. This statement comes a few days after the Trump administration had alleged that China was manipulating its currency, and had escalated its concerns to the IMF.