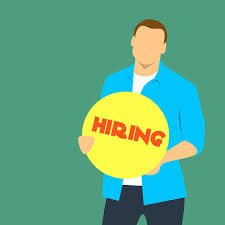 According to a recent survey by Recruitment & Employment Confederation (REC), British companies are looking to increase their hiring even though Brexit uncertainties loom. Short-term hiring intentions’ net positive balance climbed to +19 for the period May-July, up up +16 during February=April.

However, Britain’s record low unemployment levels have around 46% of employers worried about whether they can find suitable candidates to fill permanent positions. According to REC’s Director of Policy and Campaigns, Tom Hadley, “More employers also seem to be trying to transfer their best temps into permanent roles as candidate shortages continue to bite across many sectors.”

45% of British public sector employers did not have any spare capacity in their workplace nave no option but to hire staff from external sources to fill vacancies. Even though hiring plans are booming, the majority of employers (44%) in Britain stated that economic conditions in the country appear to be worsening as the Brexit deadline approaches.