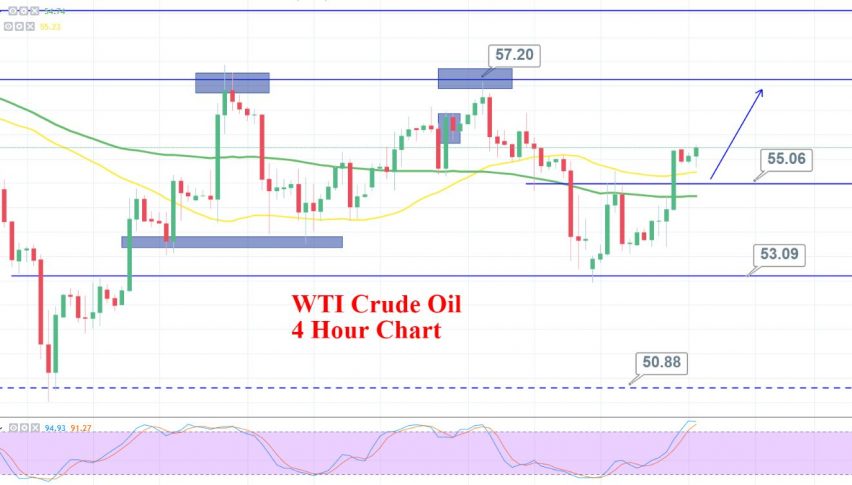 Buy Signal in Crude Oil – EIA Inventories on the Radar

The market is lacking volatility which is why it is trading sideways. Likewise, crude oil is also not doing much despite bullish fundamentals. Slight support in oil prices came after industry data showed a drop in stockpiles of US crude and slightly eased worries about subdued demand due to the China-US trade war.

The demand for crude oil was underpinned by US President Donald Trump who declared on Monday that he believed China was sincere about aspiring to reach a trade agreement, while Chinese Vice Premier Liu He said China was ready to resolve the dispute through “calm” negotiations.

As per the API report which released on Tuesday, US crude stockpiles registered a sharp decline during the previous week, falling by 11.1 million barrels. Consequently, WTI crude oil prices are climbing following the release of the API report in the previous session.

During the US session today, the Energy Information Administration will be releasing inventories report which is likely to show a draw of -2.8M vs. -2.7M barrels last week. Crude oil prices may remain supported ahead of news over sentiments.

The technical side is suggesting a bullish bias. As crude oil has crossed over 55, the 50 and 100 periods EMA resistance areas. Now these levels likely to extend support in the future. On the upper side, WTI is likely to find resistance at 56 and 56.50.

The bullish crossover came with a strong bullish candle which is known as bullish Marobozu candle. It usually triggers a bullish trend, which is why we may see a continuation of buying on crude oil.