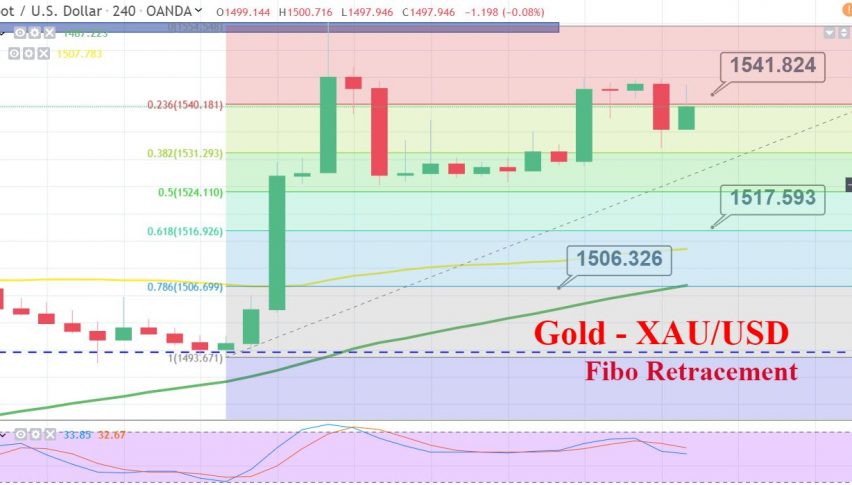 The risk-off sentiment continues to be in play, keeping safe-haven demand at peak. Thus, the pressure is back on the dollar as investors fear the Sino-US trade war will drag on and it may rigorously hurt economic growth. The US Dollar index against a basket of six major currencies stood little changed at 98.013 after dipping 0.1% overnight.

On the fundamentals side, we don’t have much to cover today, except the EIA inventories report which may also go muted due to lack of volatility.

WTI crude oil prices are climbing higher following the release of the API report in the previous session. As per the API report which released on Tuesday, US crude stockpiles registered a sharp decline during the previous week, falling by 11.1 million barrels. Economists were expecting a draw of 2 million barrels, and the high disparity in the final figures has helped crude oil turn bullish.

During the US session today, the Energy Information Administration will be releasing inventories report which is likely to show a draw of -2.8M vs. -2.7M barrels last week. Crude oil prices may remain supported ahead of news over sentiments.

On Wednesday, the precious metal GOLD showed slight correction after climbing over 1% in the previous session on concerns of a potential recession but held tight to a more than six-year high on expectations of a rate cut by the US central bank. Besides that, the trade tensions are also keeping gold’s demand high.

Safe haven demand was triggered after China’s announcement regarding new tariffs on United States products. In retaliation, the United States President Donald Trump also pushed US organizations to move their production factories out of China. Meanwhile, the United States also increased the existing tariffs on $250 billion worth of Chinese goods to 30% from 25% starting from October.

The US Federal Reserve Chairman Jerome Powell announced at the yearly economic symposium in Jackson Hole, Wyoming that the United States economy is in a pleasant place and the Federal Reserve would perform to keep the present economic development on track.

To recall, the US Federal Reserve had lowered interest rates by twenty-five basis points. Markets are awaiting the Central Bank to do the same in the coming month.

The trade war and continued tit for tat tariffs between the US and China are keeping haven demand at peak. Gold can target 1,524 – the 50% retracement area, and 61.8% Fibo level of 1,516. We took our chances with a bullish position over 1,531 which marks the 38.2% but unfortunately, it knocked us out at stop loss.

Gold is looking more bullish above 1529 especially due to bullish engulfing candle on the daily timeframe, closed yesterday. Aggressive target in coming days can be 1565. While immediate resistance is at 1544.

Joe Biden Inherited the US Economy at A Great Moment
23 hours ago
Weekly Outlook, Jan 25 - 29, 2021: Top Economic Events to Watch This Week
The broad-based U.S. dollar is going to end this week on the bearish track as traders continue to cheer the Joe Biden administration's inaug
2 days ago