Euro Trading Weak After Dropping Below 1.10 Against the US Dollar - Forex News by FX Leaders 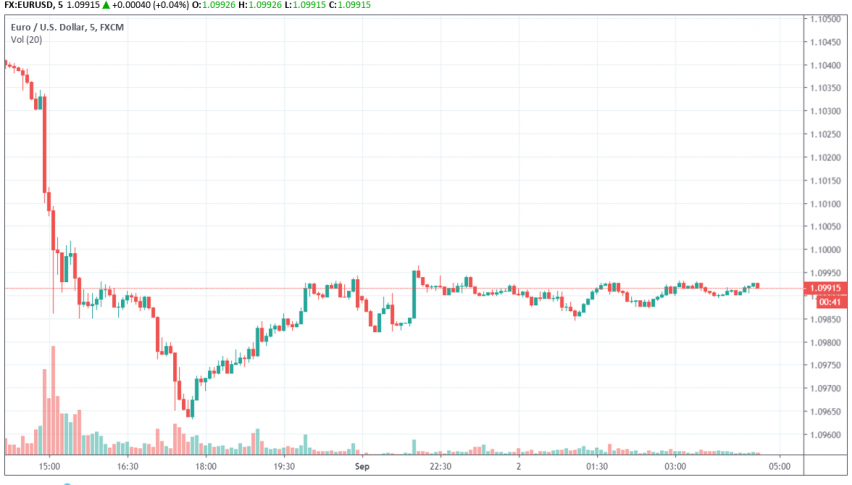 Euro Trading Weak After Dropping Below 1.10 Against the US Dollar

The Euro continues to trade weak into this week after falling to its lowest level against the US dollar since May 2017, under the key 1.10 level last Friday. At the time of writing, EUR/USD is trading at 1.099

As the Eurozone economy slows down, the Euro has lost 0.90% of its value in August. The Euro dropped by around 50 points on Friday’s trading over end of the month rebalancing which drove a sudden strengthening in the US dollar. However, ongoing trade tensions have weakened the economies of Eurozone nations, which is weighing on the currency.

On Friday alone, the Euro fell 0.71% against the dollar to touch a low of 1.0976, although it has recovered slightly since then. Expectations that the ECB will cut rates this month are also keeping the Euro under pressure lately. Investors are also anticipating that the central bank could unveil new QE measures at its September meeting to support the Euro area economy.